I think that this is precisely the point: you can’t see the lions in the darkness, because you’re not aware of the ways in which you’re being disadvantaged. If whites get an offer of 20% off, but minorities don’t, that’s basically a 20% price hike on minorities — but it’s just marketing, so apparently it’s okay. 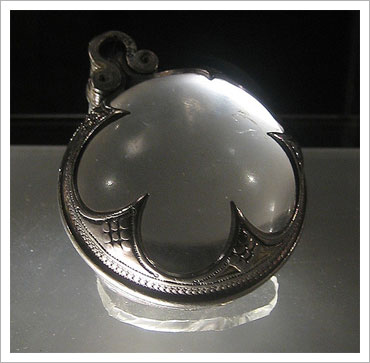 Mary Ludloff of Patternbuilders asks, “When does someone else’s problem become ours?” Mary is a presenter at Strata, and an expert on digital privacy. She has a very pragmatic take on things. One point Mary makes is that all this analysis is about prediction — we’re taking a ton of data and making a prediction about you:

The issue with data, particularly personal data, is this: context is everything. And if you are not able to personally question me, you are guessing the context.

This is actually about negative rights, which Wikipedia describes as:

Rights considered negative rights may include civil and political rights such as freedom of speech, private property, freedom from violent crime, freedom of worship, habeas corpus, a fair trial, freedom from slavery.

Lori Witzel compares the advent of big data to the creation of the printing press, pointing out — somewhat optimistically — that once books were plentiful, it was hard to control the spread of information. She has a good point — we’re looking at things from this side of the big data singularity:

And as the cost of Big Data and Big Data Analytics drops, I predict we’ll see a similar dispersion of technology, and similar destabilizations to societies where these technologies are deployed.

There’s a chance that we’ll democratize access to information so much that it’ll be the corporations, not the consumers, that are forced to change.

While you slept last night

TIBCO’s Chris Taylor, standing in for Kashmir Hill at Forbes, paints a dystopian picture of video-as-data, and just how much tracking we’ll face in the future:

This makes laughable the idea of an implanted chip as the way to monitor a population. We’ve implanted that chip in our phones, and in video, and in nearly every way we interact with the world. Even paranoids are right sometimes.

I had a wide-ranging chat with Chris last week. We’re sure to spend more time on this in the future.

The veil of ignorance

The idea for the original post came from a conversation I had with some civil rights activists in Atlanta a few months ago, who hadn’t thought about the subject. They (or their parents) walked with Martin Luther King, Jr. But to them big data was “just tech.” That bothered me, because unless we think of these issues in the context of society and philosophy, bad things will happen to good people.

Perhaps the best tool for thinking about these ethical issues is the Veil of Ignorance. It’s a philosophical exercise for deciding social issues that goes like this:

Simple, right? When we’re looking at legislation for big data, this is a good place to start. We should set privacy, transparency, and use policies without knowing whether we’re ruling or oppressed, straight or gay, rich or poor.

This post originally appeared on Solve for Interesting. This version has been lightly edited. Photo: crystal ball ii by mararie, on Flickr