The coming of the industrial internet

Our new research report outlines our vision for the coming-together of software and big machines. 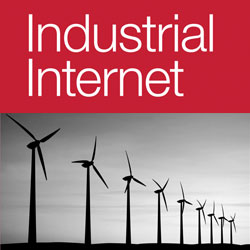 The big machines that define modern life — cars, airplanes, furnaces, and so forth — have become exquisitely efficient, safe, and responsive over the last century through constant mechanical refinement. But mechanical refinement has its limits, and there are enormous improvements to be wrung out of the way that big machines are operated: an efficient furnace is still wasteful if it heats a building that no one is using; a safe car is still dangerous in the hands of a bad driver.

It is this challenge that the industrial internet promises to address by layering smart software on top of machines. The last few years have seen enormous advances in software and computing that can handle gushing streams of data and build nuanced models of complex systems. These have been used effectively in advertising and web commerce, where data is easy to gather and control is easy to exert, and marketers have rejoiced.

Thanks to widespread sensors, pervasive networks, and standardized interfaces, similar software can interact with the physical world — harvesting data, analyzing it in context, and making adjustments in real-time. The same data-driven approach that gives us dynamic pricing on Amazon and customized recommendations on Foursquare has already started to make wind turbines more efficient and thermostats more responsive. It may soon obviate humans as drivers and help blast furnaces anticipate changes in electricity prices. 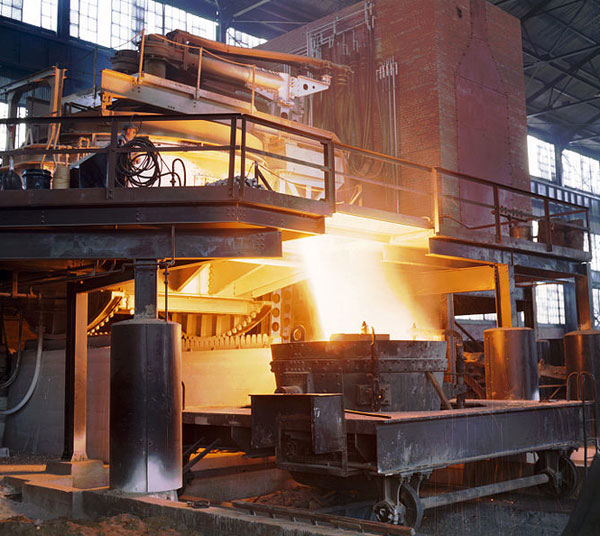 An electric furnace at the Allegheny Ludlum Steel Corp. in Brackenridge, Pa. Circa 1941.
Photo via: Wikimedia Commons.

Those networks and standardized interfaces also make the physical world broadly accessible to innovative people. In the same way that Google’s Geocoding API makes geolocation available to anyone with a bit of general programming knowledge, Ford’s OpenXC platform makes drive-train data from cars available in real-time to anyone who can write a few basic scripts. That model scales: Boeing’s 787 Dreamliner uses modular flight systems that communicate with each other over something like an Ethernet, with each component presenting an application programming interface (API) by which it can be controlled. Anyone with a brilliant idea for a new autopilot algorithm could (in theory) implement it without particular expertise in, say, jet engine operation.

Our report draws on interviews with industry experts and software innovators to articulate a vision for the coming-together of software and machines. Download the full report for free here, and also read O’Reilly’s ongoing coverage of the industrial internet at oreil.ly/industrial-internet.

* We have adapted our style over the course of our industrial internet investigation. We now use lowercase internet to refer generically to a group of interconnected networks, and uppercase Internet to refer to the public Internet, which includes the World Wide Web.

This is a post in our industrial internet series, an ongoing exploration of big machines and big data. The series is produced as part of a collaboration between O’Reilly and GE.