Data Scientists and Data Engineers like Python and Scala

In exchange for getting personalized recommendations many Meetup members declare1 topics that they’re interested in. I recently looked at the topics listed by members of a few local, data Meetups that I’ve frequented. These Meetups vary in size from 600 to 2,000 total (and 400 to 1,100 active2) members.

I was particularly interested in the programming languages members expressed interest in. What I found3 confirmed trends that we’ve noticed in other data sets (online job postings): Python has surpassed R among data scientists and data engineers, Scala is second to Java among JVM languages, and many folks are interested in Javascript. As pydata tools mature, I’ve encountered people who have shifted more of their data workflow from R over to Python. 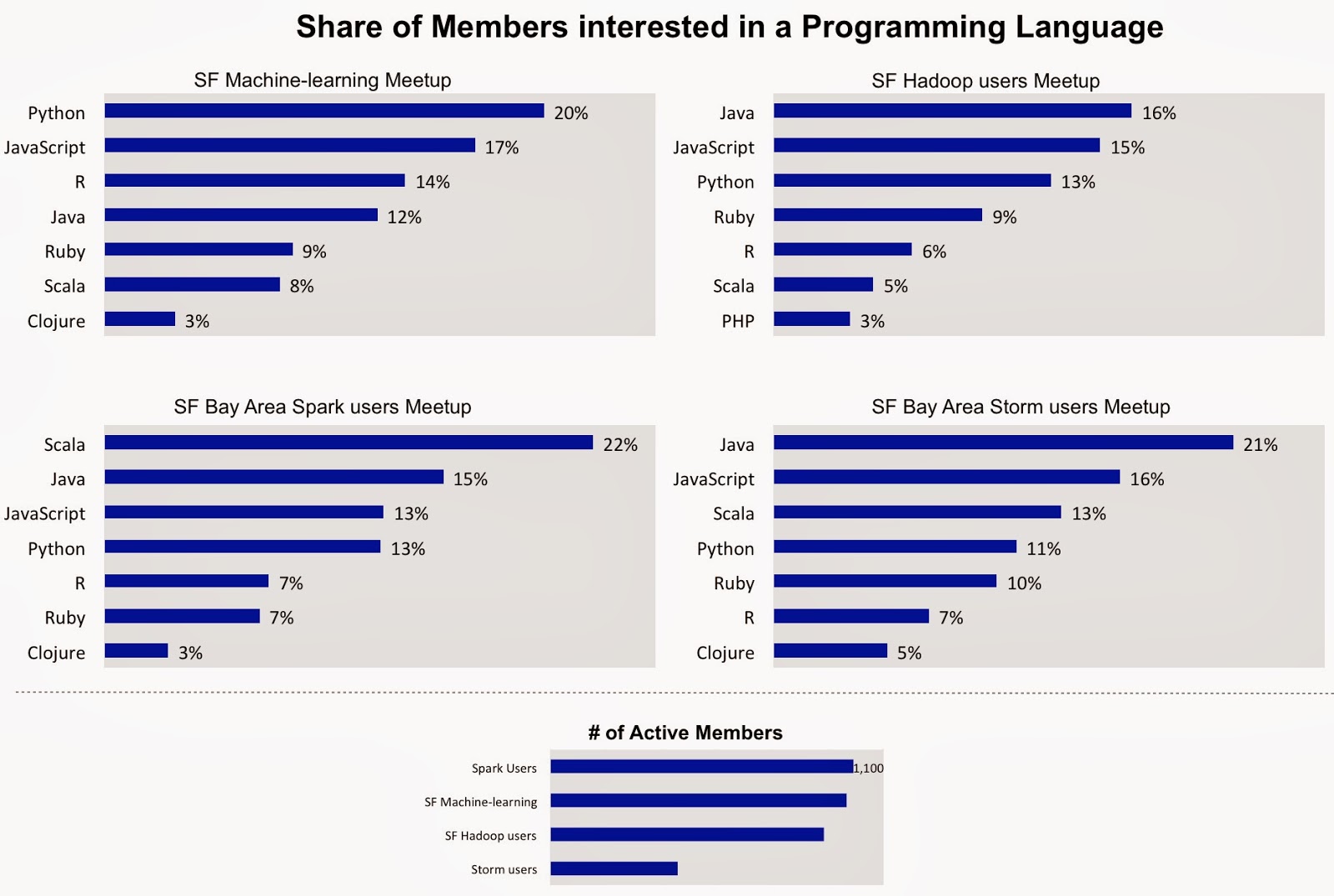 Given that it’s written in Scala it’s not surprising that Spark Meetup members expressed an interest in that language. But Scala is twice as popular than Clojure among members of the other three Meetups I examined (including4 the Storm users group).

(0) Data is from the Meetup API (“A sampling of 50 topics each member has subscribed to”).
(1) Of the 4 Meetups I examined, over 80% of users declared at least one topic. Users select from a list of topics: “Your interests: Add interests so we can recommend the best Meetups for you.”
(2) I came up with the following arbitrary definition of “active”: An active member is someone who has visited the Meetup’s homepage at least once over the last six months.
(3) Percentages and counts were derived using all members (not just active ones).
(4) Storm is implemented in Clojure.