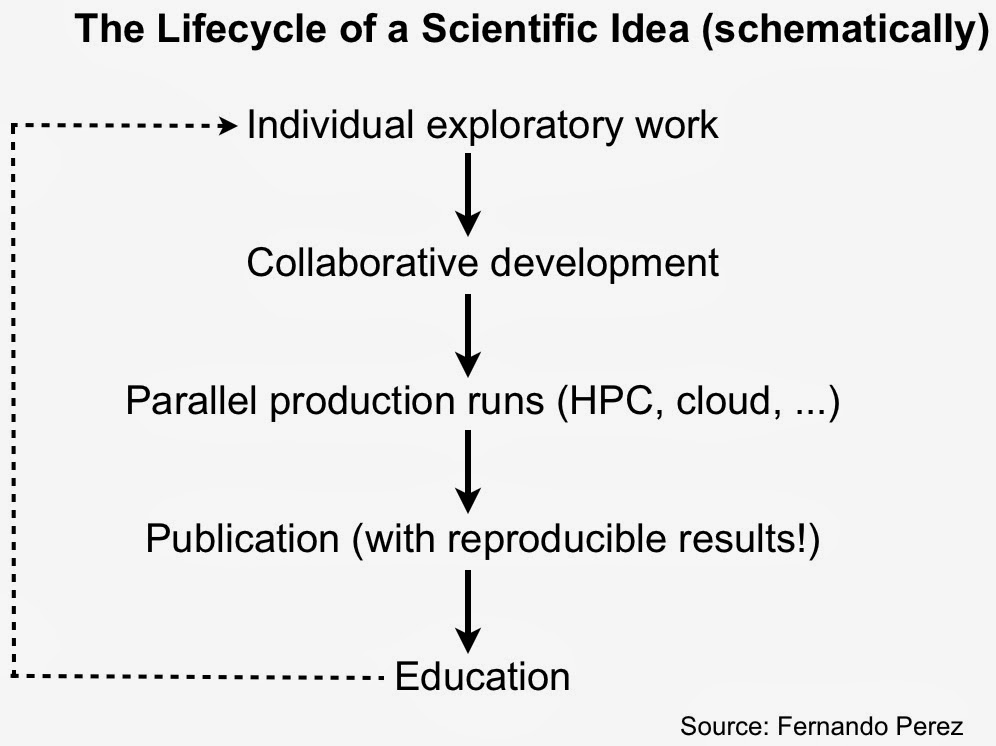 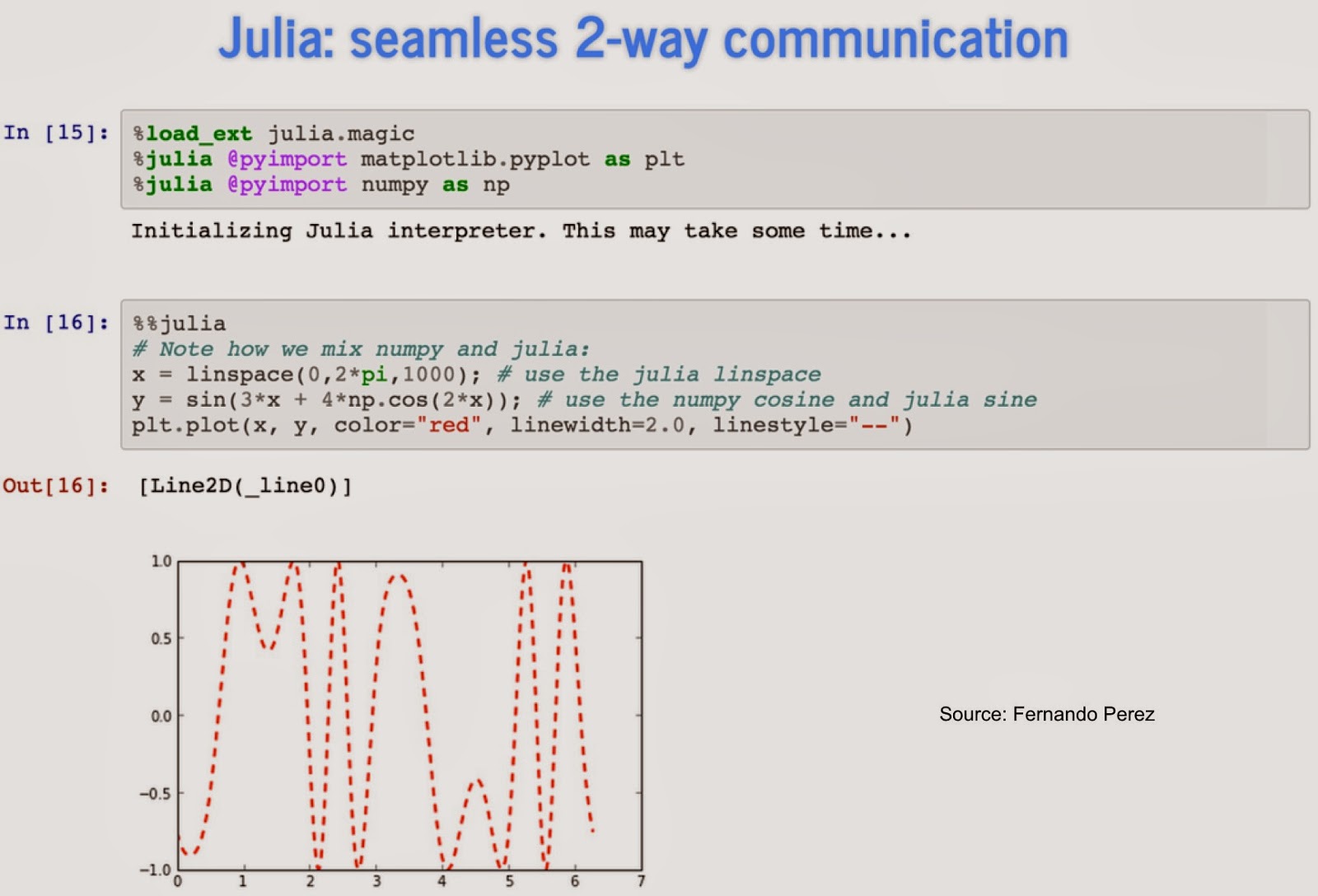 IPython is routinely used with tools for data wrangling, advanced analytics, and large-scale computing
I’ve written about popular tools in the PyData ecosystem including Pandas, PyTables, scikit-learn, and Statsmodels. IPython users can also leverage Fortran libraries and IPython.parallel – a low-latency, parallel computing system that supports the control of a cluster of IPython kernels running on a large cluster. IBM recently used IPython notebooks and IPython.parallel to migrate Watson to a domain-independent codebase: researchers took 8,000 lines of Java, Javascript and HTML5 (2 min/query), and ported it to 200 lines of Python (2 sec/query).

Sharing and collaboration is easy
IPython notebooks are gaining rapid adoption for instructional purposes, and it’s no surprise that it’s already being used in many Programming and Data Science courses (e.g., CS109 at Harvard, Python for Data Science at UC Berkeley, and Software Carpentry). More recently, entire books have been written with it as well: each chapter of a recent3 Signal Processing textbook was originally an IPython notebook. Sharing is facilitated by simple, built-in tools for exporting IPython notebooks into different formats including slides, HTML, LaTex, and JSON.

Community, Ecosystem, and Funding
IPython has an active community of developers4 and users, that come from academia, the public sector, and industry. Checkout the many interesting notebooks listed in this community gallery – a recent favorite is this notebook that replicated XKCD sketches!

Learn more at Strata Santa Clara 2014
IPython community leaders Fernando Perez and Brian Granger, will lead a 3-hour IPython tutorial where attendees will use IPython’s various components to assemble interactive data projects in Python. Brian is also slated to give a talk explaining how IPython’s widget architecture can be used to leverage the power of both JavaScript/HTML and Python in exploratory data science. Finally, Fernando and Brian will hold office hours on the second day of the conference.

(0) This post is based on an extended conversation with IPython’s creator, Fernando Perez.
(1) Fernando Perez has a nice summary of the evolution of IPython.
(2) IPython for R and Matlab are in the planning stages. IPython language kernels include IJulia, IHaskell, IFSharp, IRuby, IScala.
(3) Another textbook worth citing: Probabilistic Programming & Bayesian Methods for Hackers. O’Reilly’s Mining the Social Web book is accompanied by an extensive collection of IPython notebooks.
(4) IPython has 300 committers.