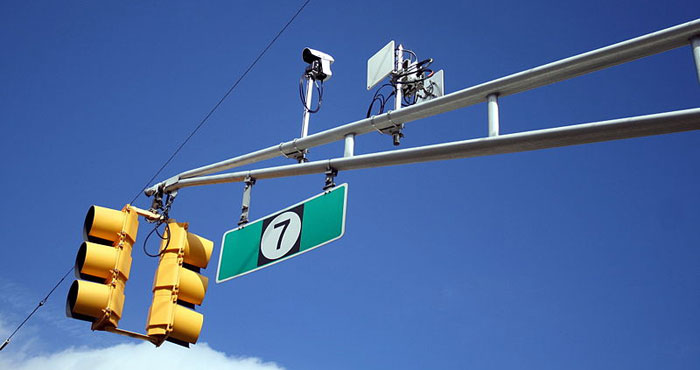 “My idea is a bit tongue in cheek, but I think it shows how we can gain real efficiencies in urban settings by gathering information and relaying it via the Cloud,” Saha says. “First, you deploy sensors in garbage cans. Each can provides a rough estimate of its fill level and communicates that to a BLE 112 Module.” 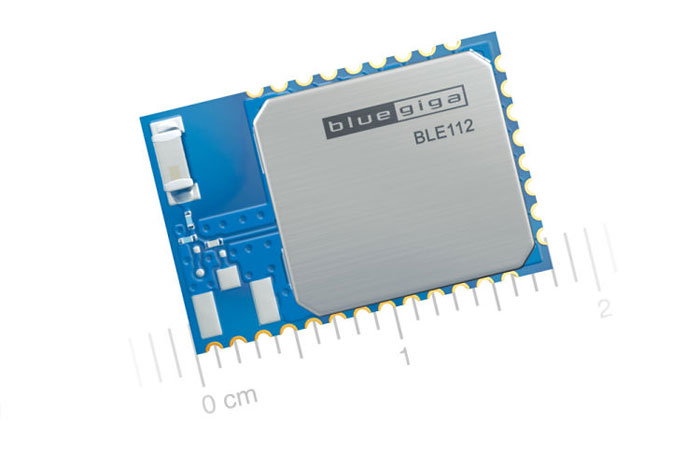 As pedestrians who have downloaded custom “garbage can” apps on their BLE-capable iPhone or Android devices pass by, continues Saha, the information is collected from the module and relayed to a Cloud-hosted service for action — garbage pick-up for brimming cans, in other words. The process will also allow planners to optimize trash can placement, redeploying receptacles from areas where need is minimal to more garbage-rich environs.

“It should also allow greater efficiency in determining pick-up schedules,” said Saha. “For example, in some areas regular scheduled pick-ups may be best. But managers may find it’s also a good idea to put some trash collectors on a roving basis to service cans when they’re full. That could work well for areas where there’s a great deal of traffic and cans fill up quickly but unpredictably — and conversely, in low-traffic areas, where regular pick-up isn’t necessary. Both situations would benefit from rapid-response flexibility.”

Garbage can connectivity has larger implications than just, well, garbage. Brett Goldstein, the former Chief Data and Information Officer for the City of Chicago and a current lecturer at the University of Chicago, says city officials found clear patterns between damaged or missing garbage cans and rat problems.

“We found areas that showed an abnormal increase in missing or broken receptacles started getting rat outbreaks around seven days later,” Goldstein said. “That’s very valuable information. If you have sensors on enough garbage cans, you could get a temporal leading edge, allowing a response before there’s a problem. In urban planning, you want to emphasize prevention, not reaction.”

Such Cloud-based app-centric systems aren’t suited only for trash receptacles, of course. Companies such as Johnson Controls are now marketing apps for smart buildings — the base component for smart cities. (Johnson’s Metasys management system, for example, feeds data to its app-based Paoptix Platform to maximize energy efficiency in buildings.) In short, instrumented cities already are emerging. Smart nodes — including augmented buildings, utilities and public service systems — are establishing connections with one another, like axon-linked neurons.

But Goldstein, who was best known in Chicago for putting tremendous quantities of the city’s data online for public access, emphasizes instrumented cities are still in their infancy, and that their successful development will depend on how well we “parent” them.

“I hesitate to refer to ‘Big Data,’ because I think it’s a terribly overused term,” Goldstein said. “But the fact remains that we can now capture huge amounts of urban data. So, to me, the biggest challenge is transitioning the fields — merging public policy with computer science into functional networks.”

There are other obstacles to the development of the intelligent city, of course. Among them: how do you incentivize enough people to download apps sufficient to achieve a functional connected system? Indeed, the human element could prove the biggest fly in the ointment. We may resist quantifying ourselves to such a degree, even for the sake of our cities.

On the other hand, the connected city exists to serve people, not the other way around, observes Drew Conway, senior advisor to the New York City Mayor’s Office of Data Analytics and founder of the data community support group DataGotham. People ultimately act in their self-interest, and if the connected city brings boons, people will accept and support it. But attention must be paid to unintended consequences, emphasizes Conway.

“I never forget that humanity is behind all those bits of data I consume,” says Conway. “Who does the data serve, after all? Human beings decided why and where to put out those sensors, so data is inherently biased — and I always keep the human element in mind. And ultimately, we have to look at the true impacts of employing that data.”

As an example, continues Conway, “say the data tells you that an illegal conversion has created a fire hazard in a low-income residential building. You move the residents out, thus avoiding potential loss of life. But now you have poor people out on the street with no place to go. There has to be follow-through. When we talk of connections, we must ensure that some of those connections are between city services and social services.”

Like many technocrats, Conway also is concerned about possible threats to individual rights posed by data collected in the name of the commonwealth.

“One of New York’s most popular programs is expanding free public WiFi,” he says. “It’s a great initiative, and it has a lot of support. But what if an agency decided it wanted access to weblog data from high-crime areas? What are the implications for people not involved in any criminal activity? We haven’t done a good job of articulating where the lines should be, and we need to have that debate. Connected cities are the future, but I’d welcome informed skepticism on their development. I don’t think the real issue is the technical limitations — it’s the quid pro quo involved in getting the data and applying it to services. It’s about the trade-offs.”