I’ve written about the many tools3 that allow SQL users to access and interact with data stored in HDFS and other distributed data stores. But SQL’s influence can be found in many other tools. As a SQL user, I’m happy to see its syntax appear in dplyr – a library for accessing and wrangling R data frames. Similarly, Python users benefit from familiar constructs in Pandas and SFrames.

I’d be remiss if I didn’t put in a plug for Scala. Delite, Scalding, Summingbird, and particularly Apache Spark (the execution engine for a variety of analytic4 tools) puts Scala in the conversation.

Feature Discovery and Feature Engineering
Chris Re reminded attendees5 of the adage, “features are more important than algorithms”. The rise of data wrangling tools (and the addition of data wrangling capabilities in existing tools) bodes well for feature discovery, particularly as business users and domain experts become increasingly empowered to take on many data analysis tasks.

It’s easier to “discover” features with tools that have broad coverage of the data science workflow. Tools that target business users are beginning to cover data ingestion, data wrangling, and analytics (examples include Alpine, Alteryx, Datameer). Business users can work in concert with data scientists to enrich existing models with features generated from non-traditional data sources.

The same dynamic is playing out for tools that target data scientists and programmers: tools (like GraphLab, H20, Revolution R) are racing to broaden their coverage of the data science workflow. One of the main reasons why Spark is so popular is that it has a simple programming model that covers many of the tasks needed for constructing large-scale, data analysis pipelines. 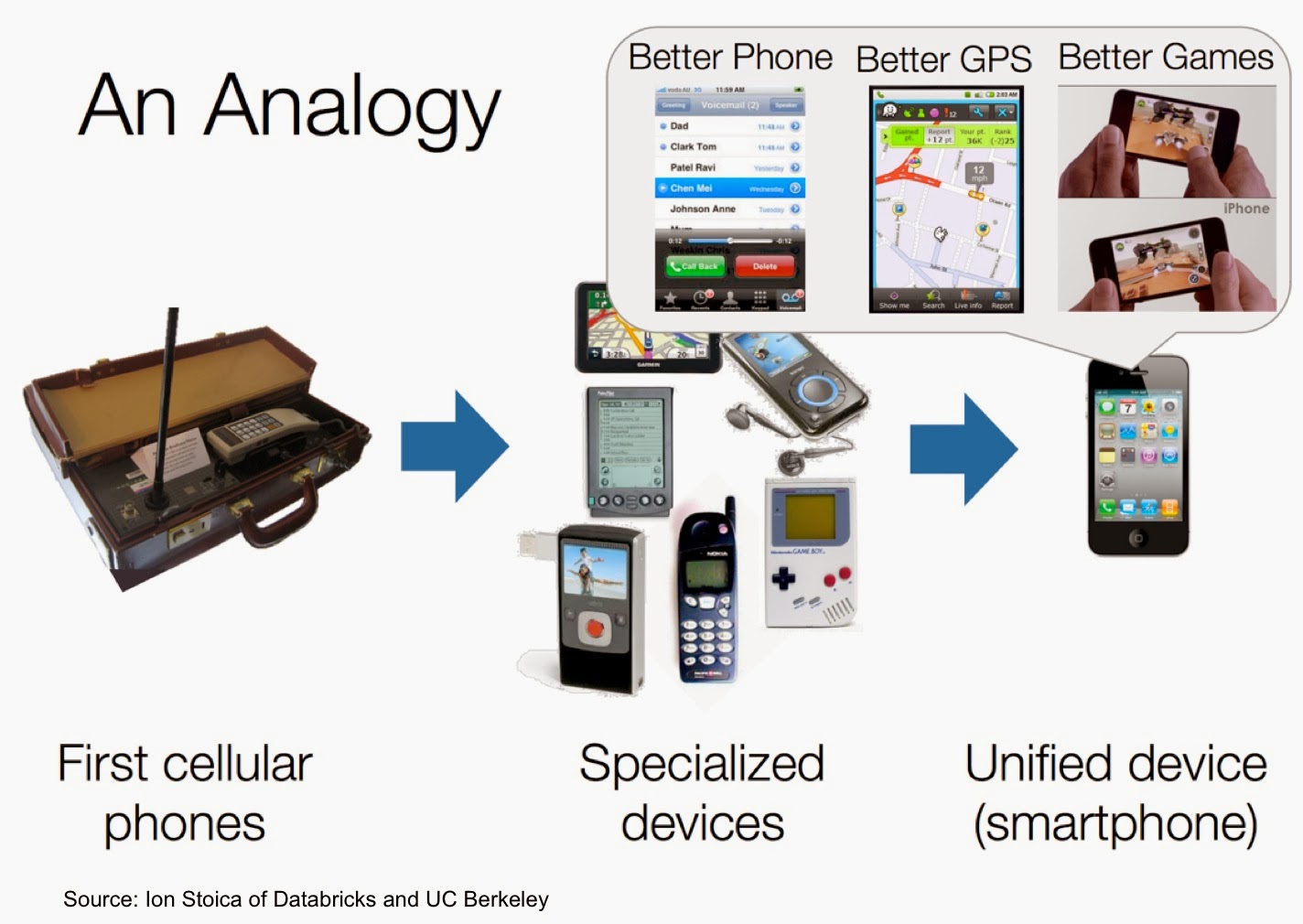 (0) Full disclosure: I am an advisor to Databricks – a startup commercializing Apache Spark.
(1) As DataPad founder Wes McKinney noted in his Strata talk, it’s useful to “… abstract away the execution model (where possible)”
(2) SFrames and GraphLab notebooks should be easy for users of Pandas and IPython notebooks to learn. For more on these tools, attend the upcoming GraphLab conference in SF.
(3) Here’s a recent benchmark from UC Berekeley’s AMP Lab.
(4) Shark (interactive analysis), GraphX (graph analytics), MLlib (machine-learning), Spark Streaming (stream mining), not to mention Adatao. Learn more about these tools at the upcoming Spark Summit in SF.
(5) He then proceeded to make the case for how DeepDive could help unearth new and useful features.