We must demystify the "magic" of technology to increase user understanding and improve user experience.

Editor’s note: we’re running a series of five excerpts from our forthcoming book Designing for Emerging Technologies, a compilation of works by industry experts in areas of user experience design related to genomics, robotics, the Internet of Things, and the Industrial Internet of Things.

In this excerpt from the chapter “New Responsibilities of the Design Discipline: A Critical Counterweight to the Coming Technologies?,” author and independent design consultant Martin Charlier argues that taking a human approach to technology is required not only to ensure a good user experience, but also to afford better user understanding of technology. This could mean enhancing the experience by building on familiarity; presenting tangible representations of invisible technology, such as RFID and NFC technology; or even by eschewing high-tech solutions altogether. 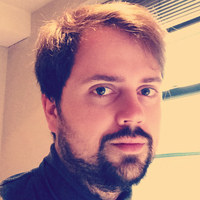 British science fiction author Arthur C. Clarke wrote, “Any sufficiently advanced technology is indistinguishable from magic.” Magic can make people uneasy. Consider for example the scare around mobile telephones and what effects their radio waves might have on the human body.

The phrase “humanizing emerging technologies” is about reducing the amount of mystery around how a technology works and about helping people retain a sense of control over their changing environments. It is about understanding the mental models people use to make sense of technology and making technology fit people, not the other way round. It can even go so far as to question the need to use a particular technology to achieve a certain result in the first place.

This role of using design can be part of commercial work, or of academic, experimental projects dealing with market-ready or applied technologies.

An example of this way of applying technology is the Internet-connected pill bottle GlowCaps. An often-cited example for what the emerging Internet of Things makes possible, the pill bottles use sensors and embedded computing to remind patients when they’re scheduled to take their medication, and even use Internet connectivity to order refills and send adherence data to doctors. Looking at just the reminding function, the concept of a hitherto “dumb” pill bottle suddenly being able to communicate can be difficult to grasp and embed into daily routines and understanding, especially for older users. However, the system offers another channel to deliver a reminder: by automatically calling a phone. Although in some ways a “low-tech” experience, this way of reminding builds on an experience that, especially, older users are more familiar with than glowing pill bottles. To these users, it is a more human way to engage with this system.

Another example for this is the Touch research project that took place at the Oslo School of Architecture & Design, which investigates NFC technology. Partly inspired by the fears and lack of understanding that exist around the electromagnetic fields of RFID and NFC technology, the project set out to make these invisible fields visible. The team used an LED to signal a probe’s contact with the field and captured the probe’s midair journey around the circuit using a combination of photography and stop-motion animation techniques. The resulting photographs show the droplet shaped spaces in which an NFC tag and a reader interact. This provides a graspable image for such fields, and the extent to which they reach into the world around the NFC reader.

In order to have an educational effect toward the public, this example project relies on being seen and read about. However, one could imagine how the same human insight could be used to make everyday applications of RFID or NFC more human, for example by including visual cues about the field size of a communication circuit. In fact, one of the outcomes of the Touch project investigation is a proposed icon to be used to signpost NFC technology.

In a November 2013 interview, BERG co-founder Jack Schulze, who has been involved in the project, described the role of design as “empowering people to perceive opaque systems.” What he means is that radio communication, but also integrated circuits or the web, are examples of technologies where what is going on is impossible to perceive with human senses. This means that without knowing how these technologies work, through documentation or explanation, they are impossible for people to understand. Designers, however, can find ways of bridging that gap by offering metaphors or analogies that help people understand and feel in control.

The design studio Vitamins even went so far as to question the need for additional technology in one of their projects. When Samsung approached them to design a phone for the elderly, Vitamins did not go down the well-trodden path of creating a device with bigger buttons, a bigger screen or vastly simplified functionality. Instead, their solution revolved around a standard smartphone: Vitamins designed two hardcover, bound books, with cutouts into which the device could be placed. By carefully creating the pages around the cutouts, they created a simple walkthrough guide that allows users to achieve tasks like dialing a phone number by following printed step-by-step information, with illustrations and arrows pointing at the relevant buttons on the positioned device. Vitamins humanized a piece of technology by actually removing technology from parts of its experience.