With Network Science well on its way to being an established academic discipline, we’re beginning to see tools that leverage it. Applications that draw heavily from this discipline make heavy use of visual representations and come with interfaces aimed at business users. For business analysts used to consuming bar and line charts, network visualizations take some getting used. But with enough practice, and for the right set of problems, they are an effective visualization model.

In many domains, networks graphs can be the primary visual objects with conventional charts used to supply detailed views. I recently got a preview of some dashboards built using Financial Network Analytics (FNA). In the example below, the primary visualization represents correlations among assets across different asset classes1 (the accompanying charts are used to provide detailed information for individual nodes): 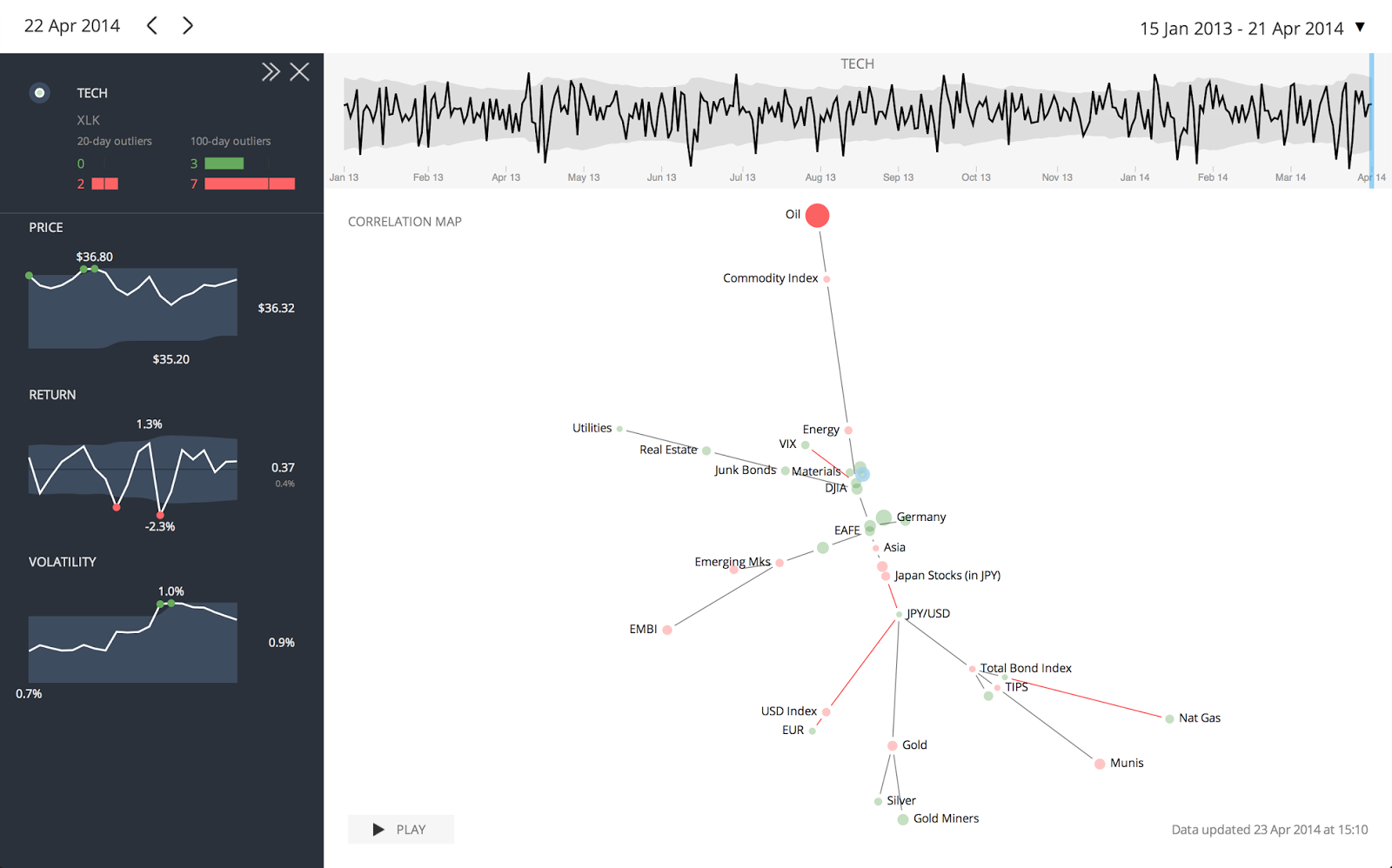 Using the network graph as the center piece of a dashboard works well in this instance. And with FNA’s tools already being used by a variety of organizations and companies in the financial sector, I think “Network Science dashboards” will become more commonplace in financial services.

Network Science dashboards only work to the extent that network graphs are effective (networks graphs tend get harder to navigate and interpret when the number of nodes and edges get large2). One work around is to aggregate nodes and visualize communities rather than individual objects. New ideas may also come to the rescue: the rise of networks and graphs is leading to better techniques for visualizing large networks.

This fits one of the themes we’re seeing in Strata: cognitive augmentation. The right combination of data/algorithm(s)/interface allows analysts to make smarter decisions much more efficiently. While much of the focus has been on data and algorithms, it’s good to see more emphasis paid to effective interfaces and visualizations.

(0) This post is based on a recent conversation with Kimmo Soramäki, founder of Financial Network Analytics.
(1) Kimmo is an experienced researcher and policy-maker who has consulted and worked for several central banks. Thus FNA’s first applications are aimed at financial services.
(2) Traditional visual representations of large networks are pejoratively referred to as “hairballs”.