Joe Schloendorn is creating and distributing plasmids that can freely be reproduced — a huge breakthrough for DIY bio. 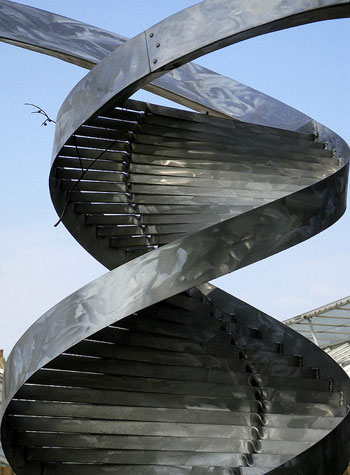 At O’Reilly, we’ve long been supporters of the open source movement — perhaps not with the religious fervor of some, but with a deep appreciation for how open source has transformed the computing industry over the last three decades.

We also have a deep appreciation for the dangers that closed source, restrictive licenses, patent trolling, and other technocratic evils pose to areas that are just opening up — biology, in particular. So it is with great interest that I read Open Source Biotech Consumables in the latest issue of BioCoder.

I’m not going to rehash the article; you should read it yourself. The basic argument is that some proteins used in research cost thousands of dollars per milligram. They’re easily reproducible (we’re talking DNA, after all), but frequently tied up with restrictive licenses. In addition, many of the vendors will only sell to research institutions and large corporations, not home labs or small community labs. So, Joe Schloendorn is creating and distributing plasmids that can freely be reproduced. That in itself is a huge breakthrough.

His article started me wondering about the meaning of open source in biology — specifically, open source DNA. I grew up with the computer industry, and I understand open source source code. I can download a tarball of C (or clone a GitHub archive), look at what’s there, modify it, use the results. At some level, DNA is no different: I’ve said that synthetic biology is programming in a language we don’t yet understand; there is no “DNA: The Definitive Guide.” So, the superficial implementation of open source for DNA would be a long string of AATCGGGGGCCCCCAAAGAATGGC (what did I just say?), with an Apache License attached somewhere. Or GPL, or MIT; pick your flavor — we’re not religious about it.

Insert the plasmids into some bacteria and brew up a batch of new DNA — it’s simpler and faster than brewing beer.

While that might be where we’re headed, such an implementation isn’t useful. I think there are a few labs that can synthesize DNA from a list of nucleotides, but that’s a route that most small labs and home experimenters can’t take.

What Schloendorn is doing is much more interesting: he’s distributing the plasmids containing the gene of interest, and saying that you’re free to reproduce it. Insert the plasmids into some bacteria and brew up a batch of new DNA. It’s simple — simpler and faster than brewing beer.

Where is the source code? In many respects, the source code is the DNA itself, not the series of ATCGs that represent it. That’s what we need to reproduce and modify, even if we don’t know or understand it as well as we understand a tarball of C, Python, or Java.

But I still wonder: what does an “open source” license mean for this kind of source code? What’s the best way to protect DNA from patent trolling and other abuses? Having been involved with the computer industry all my life, code that you can’t see makes me nervous. Shipping plasmids sounds, to me, like proprietary software you can download for free: “free as in beer,” not “free as in liberty.” But this clearly isn’t about “free as in beer”; you are free to reproduce and modify the DNA.

That’s a discussion that we need to have, and I’m thrilled that we’re starting to have it.

The Summer 2014 issue of BioCoder is now available for free download.

Image on container, category, and content pages by mira66 on Flickr, used under a Creative Commons license.