The Internet of Things is really about software

Our new report, "What is the Internet of Things," traces the IoT's transformations and impact. 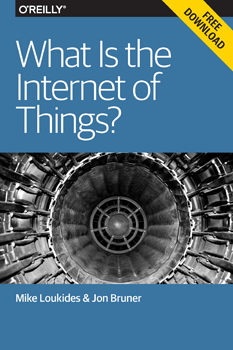 The Internet of Things (IoT) is everywhere right now. It appeared on the cover of the Harvard Business Review in November, and observers saw it in practically every demo at CES.

One of the reasons that it’s ubiquitous is that it bears on practically everything. A few years ago, many companies might plausibly have argued that they weren’t affected by developments in software. If you dealt in physical goods, it was hard to see how software that existed strictly in the virtual realm might touch your business.

The Internet of Things changes that; the kinds of software intelligence that have already revolutionized industries like finance and advertising are about to revolutionize all the other industries.

As much as we all love the romance and gratification of hardware, the Internet of Things is really about software; the hardware just links the Internet to the rest of the world. If you think of the IoT as a newly developing area in software, it’s easy to draw out some characteristics of it that are analogous to things we’ve seen in web software over the last decade or so.

Mike and I drew up a table, which appears in the free report, to illustrate the fact that the IoT is about much more than networks and hardware; it represents a transformation of the physical world into something that looks like the software world.

If you’re interested in the Internet of Things, you should also check out O’Reilly Solid, our conference about the intersection between software and the physical world, taking place June 23–25, 2015, in San Francisco, CA.