Empathy is a stepping stone to a more important place: understanding

Understanding is what designers should be striving for as the backdrop for products. 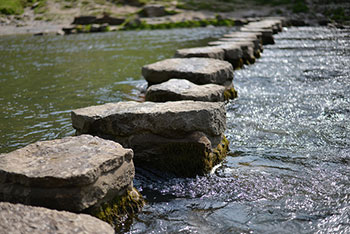 About 10 years ago, I worked on a project for a new system for people with diabetes. We talked with many people who had diabetes or who helped educate diabetics. I even wore an insulin pump around for several days. In short, we were building up subject matter knowledge and empathy for the people we were designing for. During this user research phase, many of us (myself included) started to have actual nightmares that we had diabetes. I remember once looking at my toes, wondering if the tingling I was feeling was the onset of diabetes. (It wasn’t — probably just my foot was asleep.) We’d empathized to the point where we really identified with diabetics and their problems, which are considerable. We had so much empathy for them, in fact, that for several weeks, we couldn’t solve the problem. It seemed intractable, given what we knew about the condition and the state of technology at the time.

It wasn’t until we were able to step away from the diabetics’ perspective and become less empathetic that we were able to come up with a product concept. We needed distance — a psychic removal — in order to really assess the problem and take action to change it. In other words, we had to act like designers, which meant we had to be more objective, to sit outside and to the left of the problem space. As this experience taught me, too much empathy can be as crippling as too little.

Empathy is hot right now. It’s being posited as one of the key characteristics that sets designers apart. (As though we have a monopoly on it.) But empathy is only a stepping stone on the way to a more important place: understanding. Understanding encompasses not only the experience of being the user (empathy), but also the forces working against the user, be they technology, business, other people, or culture. Empathy will get you to see the problems from the users’ perspective, but not the solutions. If users could design a solution to their problems, they would. But that’s your job as the designer. Users know everything there is to know about their situation, but might not have the overall understanding of the space that you should have because you’re looking at the problem from many angles, not just from one (the user’s).

Users can also be ignorant or misguided about their own behavior, and the reasons for that behavior. If you empathize too much, you, too, can fall into that same trap.

Empathy alone also has another flaw — namely, that users’ needs and situations aren’t all the same and can be in conflict. Jane’s process is A, then B; while Joe’s is B, then A. Which is the way you should design your product? If you identify with both of them, it becomes far more difficult to determine whose method will have to change. In order to resolve conflicts between competing users, you have to step back and choose. Not choosing, or letting the user decide, is an abdication of the designer’s responsibility. User research should augment the designer’s judgement, not supplant it.

The best products combine an understanding of the users’ needs within a particular context with an opinionated viewpoint.

This is why research analysis is so crucial. Unless you’re truly uncaring, it’s not hard to empathize with other people, especially when talking to them directly or even just observing them. But research analysis allows you to take what you just saw, heard, or experienced and put it in context so you can understand it, not just empathize. Good research analysis provides insights and models to use to make decisions throughout the design process. But you have to be at least somewhat objective in order to have those crucial insights. Empathy alone isn’t enough.

Of course, egocentrism, or thinking you know what’s best for users without consulting them, isn’t great either. Inexperienced designers — and, let’s be honest, even some design “gurus” — make some horrible design decisions this way. Magically, what the users need is what they want to design!

The best products combine an understanding of the users’ needs within a particular context with an opinionated viewpoint. This requires moving from egocentrism to empathy to understanding — sometimes iteratively. Too much egocentrism, and users are misunderstood or ignored. Too much empathy, and there’s no strong perspective on the work that makes it engaging, or the overall context is ignored. It’s understanding — of users, of the environment, of ourselves and our own biases — that we should be striving for as the backdrop for products.

Image on article and category pages by Paul Hayday on Flickr, used under a Creative Commons license.