The inability to take advantage of digital technology is as big a threat to financial organizations as any fintech startup. 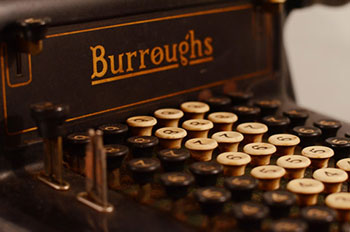 There’s plenty of news about the fintech, or financial technology, sector these days. Hundreds of nimble startups are disaggregating the age-old financial systems on which every transaction has relied for decades. There’s little doubt that this will continue — after all, more than four billion humans have a mobile phone, and 1.3 billion know how to use a Facebook feed, but only a billion are what we’d consider “normally banked.” Something’s got to give, and software is eating traditional financial systems one bite at a time.

But the existing financial industry isn’t just under threat from outside. Many of the processes and institutions of finance have been around for centuries, and their processes are tied to physical systems rather than digital ones. As a result, they’re unable to take advantage of digital innovations easily and remain competitive.

Accounting is a legislatively necessary process. It supports taxation, allows the evaluation of a company’s worth, lets lenders establish credit-worthiness, and so on. Formally, it is “the measurement, processing, and communication of financial information about economic entities. Accounting measures the results of an organization’s economic activities and conveys this information to a variety of users, including investors, creditors, management, and regulators.” Accounting is a broad field, which includes financial, management, and tax accounting as well as auditing.

Accounting itself can be traced back to the dawn of recorded history, and the practice of double-entry bookkeeping has been around since the 15th century. The organized profession of accountancy started in the 19th century, particularly after the stock market crash of 1929.

For centuries, accountants have needed a way to track a company’s spending, revenues, and assets. They did this according to a set of rules that defined where things should live, ensuring consistency across years and throughout different companies. In the 20th century, those rules were formalized into standard frameworks like the Generally Accepted Accounting Principles (GAAP) or the International Financial Reporting Standards (IFRS).

Unfortunately, age-old practices like accounting are full of outdated systems that are hard to update for a digital era.

Consider, for example, the practice of account classification, which tells an accountant where a particular asset should be recorded. It’s bit like using a filing cabinet, and knowing which folder each document should be stored in. But filing cabinets are skeuomorphs — old analogies that we’ve dragged into new uses. Skeuomorphs are mental training wheels. They ease us into a learning curve, but they soon hold us back. Dragging the physical attributes of a filing cabinet into a digital world limits the innovation we can produce with the resulting digital filing cabinet — and as a result, accounting is held back by its reliance on these kind of older models.

I’m drinking a cup of coffee on a plane as I write this. The airline might file it under a passenger (Alistair); an object (cup); or a beverage (coffee). It might even file it under the seat I’m in, or the flight number; it might add information to the cup over time.

Imagine you want to file my coffee cup somewhere in a physical filing system. Where does it live? Where do I keep a tally of cups served, or of liters of lackluster airline coffee served? Someone tasked with counting cups during a beverage audit might not look under coffee.

One approach to solving this might be to make several copies of my cup of coffee, filing one under “alistair,” one under “cup,” and one under “coffee.” But then a note made on the “Alistair” cup wouldn’t be updated to the “cup” and “coffee” instances of the cup. The copies would quickly diverge, and the filing system grow unwieldy.

To tackle this problem, accountants follow a system of account classification that tells them where to file things: costs, bill payments, physical goods, and so on. In other words, there can be only one “Alistair’s Cup of Coffee,” and it’s filed under “cups.”

In a modern, digital world, there’s an object, which might be tagged as #coffee, #alistair, #Seat19D, #cup, and myriad other meaningful pieces of metadata. To get a tally of cups, you’d add up #cup; to find out how much coffee you’d served, you’d add up #coffee. Hashtags are a different kind of filing system, one that’s patently obvious to anyone who’s tagged a picture in Facebook or added a hashtag to a Tweet. But it’s not how accounting works.

Hashtags are unstructured data, the domain of big data and high tech, and it’s hard to fit into the concept of a filing cabinet. Accounting doesn’t like unstructured data; it’s fundamentally about structure: “…those involved with internal and external financial reporting are limited, by training and inclination, to working with structured data—the kind that can fit readily into tables, Excel spreadsheets and, ultimately, financial statements.” Even if accounting wants to change, it needs to fundamentally reinvent itself at its core, and convince regulators and banks that the changes it’s making are safe and reliable.

In other words, it’s hard for accountancy to think new thoughts.

Traditionally, standard-setters address challenges by adding more detail to the audit report, or to the note disclosures of financial statements. For accounting, innovation has been synonymous with an increase in regulatory complexity or the volume of reporting. This, of course, tends to reduce management’s ability to comply with GAAP and to increase the cost of audit.

The inability to think new thoughts and take advantage of digital technology is as big a threat to large financial organizations as any brazen, well-funded fintech startup. Financial incumbents face tremendous changes as technology becomes ubiquitous:

That accounting will change is obvious. But the world’s big accounting firms don’t feel like they’re under threat, in part because the regulatory environment hasn’t shifted yet. Banks still want audited statements; tax authorities still expect auditable filings. Can the industry disrupt itself before others do? The jury’s still out, but plenty of people are trying.

In The Innovator’s Dilemma, Clay Christensen observed that disruption happens not because the existing vendors couldn’t innovate — indeed, they were innovating faster than even their biggest customers needed them to — but because a cheaper, “good enough” alternative was initially adopted by a market that wasn’t attractive to existing vendors, and then grew because it appealed to a different value than the original.

The accounting industry is in a similar situation. Hundreds of software tools aimed at consumers and small businesses are finding their way slowly into the hands of bigger organizations, altering how formal accounting and auditing (which is ripe for disruption) happen.

A slightly different way to think of accounting is as a set of processes in the present that make activity in the past discoverable in the future. Technology can significantly improve and automate the existing accounting industry, but it probably won’t, at least not in the near future, because its ancient metaphors create too much inertia.

Instead, new entrants will emerge, breaking existing rules, and eventually those rules will become commonplace, and then formalized, and then fact.

All because accountants love their filing cabinets.

Image on article and category pages by ThoughtCakeLiving on Etsy, used with permission.