Generally, design patterns utilize one type of entity (the class from object oriented programming) and illustrate the relationship between the classes within a solution. 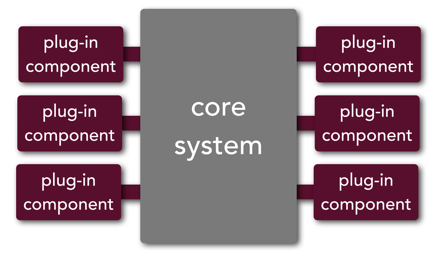 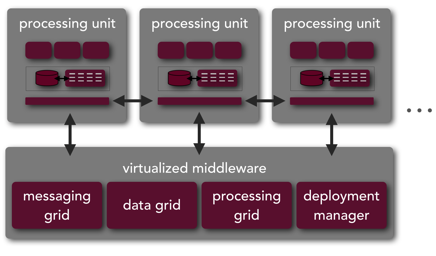 Space-based architectures may have hundreds or thousands of processing units (indicated by the ellipsis in the diagram) and one each of the other component types. Each component has distinct responsibilities, making it important to delineate each separately.

Another common occurrence in architecture patterns are variants and hybrids. The open layer shown in Figure 1 is a good example of a traditional layered architecture variant. Similarly, event driven architectures typically have two common variants, the mediator and broker patterns.

A good example of a hybrid architecture is the service-based architecture, a hybrid of the highly partitioned Service Oriented Architecture pattern and the bounded context of the micro-service pattern, as shown in Figure 4. 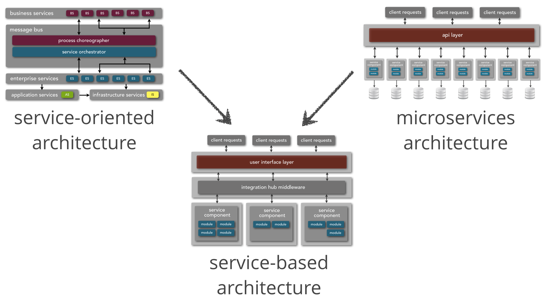 Figure 4: A service-based architecture is a hybrid between SOA and
microservices.

It is also common to embed architectural styles within others. For example, in the service-based architecture in Figure 4, one of the services could be implemented using a micro-kernel architecture while another might use a layered approach.

Hybrids and variants are as common in architecture patterns as they are rare in design patterns. Because architecture represents practical building blocks, pragmatic variations abound.

Ultimately, the differences between design and architecture patterns reflect their different uses. Architecture represents scaffolding, the frameworks that everything else sits upon. Design patterns represent a way to structure classes to solve common problems. While both are designed to add clarity and understanding, they operate at different levels of abstraction.

Architects must have both kinds of patterns at their disposal: design patterns to build the best internal structure, and architectural patterns to help define and maintain the underlying scaffolding of the application.