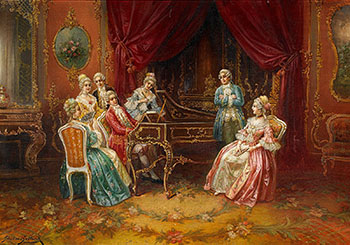 But Mozart wasn’t above copying the music of others. Gregorio Allegri’s Misere was performed at the Pope’s Chapel in Rome, and its composition was carefully guarded. Mozart attended a performance, and with perfect recall, returned home to write down the piece. He returned one more time to check his work, then published the song.

In the future, when we look back on the evolution of the music industry, we’ll realize that piracy wasn’t nearly as big a factor as the rise of music science. To the music industry, copying a song is annoying; being able to track every aspect of a song is transformative. Artists finally realize what short shrift they’re getting from music labels, with companies like Kobalt disaggregating the Byzantine channels of publishing and distribution. And tastemakers can find hidden gems in the long tail, peppering algorithmic playlists with new tracks to test and nurture.

When Mozart’s copying was discovered, Pope Clement XIV summoned him. Rather than excommunicating the musician, Clement praised the prodigy for his extraordinary abilities — a rather more enlightened response than that of incumbent labels dealing with digital music.