Survey says: Be promiscuous with your design tools

A look at results and insights from Khoi Vinh’s design tools survey.

Editor’s note: Khoi Vinh is a member of the program committee for O’Reilly’s Design Conference. Registration is now open — reserve your spot today. 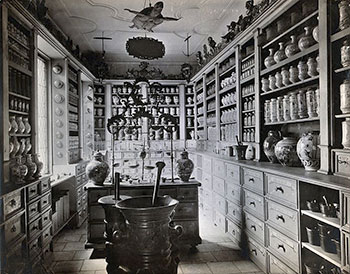 What jumped out at me? It’s a mixed bag, just as I expected. Pen and paper continues to be a key communication tool. I wasn’t surprised by the popularity of HTML and CSS, or Invision, but I was surprised by the lower ranking for Axure. It’s refreshing to see the investment in the design tools space, even if it the choices can seem overwhelming. Let me know what you think in the comments below or through Twitter (@marytreseler).

I sat down with Vinh to discuss the tools market and, specifically, the results and thinking behind his survey.

What prompted you to develop the tools survey?

The past two or three years have just been incredibly interesting for software geared toward digital designers. We’ve seen a slew of new contenders, and a whole new category — UX prototyping — where we get brand new apps seemingly once a month. So, I wanted to try to shed some light on all of this activity and get a sense of how these new applications are getting adopted, and by whom.

What were your findings?

At a high level, I found that it’s a very diverse market, which is itself a real statement. A decade ago, most everyone used Adobe’s tools for almost everything. Now you have up-and-comers like Sketch (from Bohemian Coding) and InVision both really taking hold in the market. Some categories have no clear winner, like prototyping. I think it’s all really exciting.

Who are the prototyping front runners, and what aspects of those tools are driving their success?

InVision is the big winner in terms of apps designed expressly for that purpose — it’s elegant, simple, and very well designed. But HTML and CSS took the most votes, partly because those are tools that are already in so many designers’ toolboxes. My guess is that as this category matures, these answers will change dramatically.

Were there any surprises in the results, either in appearances or omissions?

If you’ve followed the news in this segment of the software market over the past couple of years, it won’t be too much of a surprise to find that Sketch did really well among the respondents. But Photoshop holds its own, as well. Another big surprise is in the brainstorming category — pencil and paper is the biggest winner by a mile, and apps that are tailor-made to assist in that activity barely score in the single digits.

Why do you think brainstorming apps aren’t catching on?

I think this is a case where the category is even less mature than prototyping, despite the fact that this is hardly a new kind of activity. For most of software’s history, apps have focused on giving users more and more power and precision, which runs counter to what you really need when you’re brainstorming, which is the ability to render your ideas as quickly as possible. The fact that Sketch, Illustrator, and Photoshop are the runners-up tells me that some designers are so comfortable with those day-to-day tools they use them to get from 0 to 100; it doesn’t tell me that they’re great brainstorming tools, though — just that they’re ingrained in the way designers think.

What do you think the tools ecosystem will look like a year from now?

My guess is that next year’s survey (I intend to run this annually) will still feature Photoshop, Illustrator, Sketch, Invision, and a few other stalwarts prominently. But we’ll also have a whole new cast of applications, if recent history is any guide. This market is unlikely to settle down for another two or three years yet at a minimum.

You’ve recently joined Adobe to develop new products. What factored into your decision to join?

The same thing that motivated me to do this survey also motivated me to join Adobe: I’m incredibly excited about all the new tools out there. I want to work on design tools because they speak to an audience I know very well and am passionate about, obviously. But my position with Adobe will also focus on working with this community and trying to bring Adobe closer to it in a new, more transparent way. Basically, it was a great chance for me to get to know all these amazing entrepreneurs and craftspeople who are turning out these amazing new apps.

What tools do you use?

I still turn to Photoshop, Illustrator, and InDesign to solve all kinds of problems. But I use Sketch a lot — it’s terrific and really deserves all its success. For prototyping, I like InVision and Pixate. One thing about what’s happening right now is that it really pays to be promiscuous, so to speak, about tools. There’s so much to learn with each new app in terms of different ways of thinking about how we practice our craft.

Image on article and category pages via Wellcome Images on Wikimedia Commons.