Digital content, the Internet, and data science have changed the music industry.

Today’s music industry is the product of three things: digital content, the Internet, and data science. This trifecta has altered how we find, consume, and share music. How we got here makes for an interesting history lesson, and a cautionary tale for incumbents that wait too long to embrace data.

When music labels first began releasing music on compact disc in the early 1980s, it was a windfall for them. Publishers raked in the money as music fans upgraded their entire collections to the new format. However, those companies failed to see the threat to which they were exposing themselves.

Until that point, piracy hadn’t been a concern because copies just weren’t as good as the originals. To make a mixtape using an audio cassette recorder, a fan had to hunch over the radio for hours, finger poised atop the record button — and then copy the tracks stolen from the airwaves onto a new cassette for that special someone. So, the labels didn’t think to build protection into the CD music format. Some companies, such as Sony, controlled both the devices and the music labels, giving them a false belief that they could limit the spread of content in that format.

One reason piracy seemed so far-fetched was that nobody thought of computers as music devices. Apple Computer even promised Apple Records that it would never enter the music industry — and when it finally did, it launched a protracted legal battle that even led coders in Cupertino to label one of the Mac sound effects “Sosumi” (pronounced “so sue me”) as a shot across Apple Records’ legal bow. 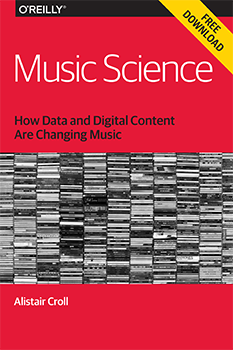 But in launching unprotected CDs, the music industry inadvertently gave everyone a perfect digital master of every song.

Once the MP3 format and growing broadband capacity became widespread, the error of the labels’ ways was clear. They first tried to put the digital genie back in the distribution bottle, suing Napster and entangling mp3.com in courtroom red tape. All the while, those same publishers couldn’t agree what to build; they were too addicted to the wide margins and huge profits of CDs. When they did offer digital downloads, they thought about them in old-world ways: even today, labels charge artists “breakage” fees — created to account for the inevitable scrap created in vinyl and CD manufacturing — on digital downloads.

Fans didn’t wait for labels to figure it out. Instead of hunching next to radios, they simply shared files and watched videos on the Internet. Media streaming services like YouTube weren’t just promotional channels — they became distribution channels. Playback moved online: in India, YouTube and streaming service Saavn are the main sources of music revenue today.

With the rise of streaming platforms like Pandora, Mog, Rhapsody, SoundCloud, and Spotify, music became a service. When consumers interacted with music-as-a-service, they left a treasure trove of data: every click, skip, share, and favorite was grist for the mill.

Music labels willfully ignored data analytics at first, possibly because it meant they’d have to properly account for plays and compensate artists properly. But startups had no such concerns. They embraced data, using it to better tailor broadcasts and keep listeners engaged with playlists.

Today, the music industry is data, and the major labels are scrambling to catch up. Music intelligence companies like The Echo Nest and Next Big Sound — now parts of Spotify and Pandora, respectively — know everything about how a song spreads. Musicbrainz catalogs how tracks are related. Shazam and Soundhound can fingerprint a track in seconds, and predict success or failure within hours of a release. Playback clients from Weav, Audiocommon, and Native Instruments let listeners choose which parts of a song, and even what style and tempo, they want to listen to.

What’s clear is that music science — a unique blend of analytics, accounting, psychology, neuroscience, machine learning, and prediction applied to the music business — is driving the industry. Music-as-a-service is here to stay, and the labels and publishers who once dominated what and how we listen are now scrambling to understand why, in many cases, the data matters more than the money itself.

Cropped image on article and category pages via Jason Ruck on Wikimedia Commons.