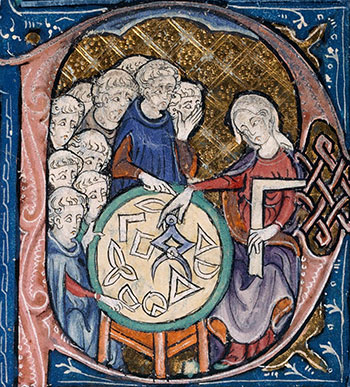 I’m a big fan of cross-pollination between different disciplines. I think there are lessons there as well for technology. Technology moves very fast, but we need to think long term about the impacts on society. We all need to be a part of that debate. That doesn’t happen enough. We tend to be very focused on who’s just done an IPO, and who’s just launched, what the new Apple device is, and all the rest of it. We need to, as a broad community, also be thinking about the long-term impacts societally, in terms of how we are bringing in different points of view. This is where diversity becomes important because different people have different experiences of the world. That should inform a longer debate on how we want to mediate the relationship between society and technology.

You get companies saying, ‘Well, we’ll get the intern to do the social media account.’ The intern, who maybe doesn’t have the emotional maturity to deal with complaints and problems, who maybe isn’t fully aware of how to communicate to a mass audience, like on Twitter. There’s a degree of ageism involved because when you actually look at the people who have that experience and who understand social technology, there are a lot of people who, actually, were there from the beginning, who are in their 40s, 50s, 60s, who understand this stuff implicitly. It’s not that they are digital natives; they created the digital reality that so-called digital natives now inhabit. They understand it from the bum up, because they built it. They literally built it. When people of that age group are being dismissed as being not social media aware because of their age, we’re actually storing up problems because that expertise is not being transferred down the line to the younger kids. The younger kids are coming in and they’re getting fairly senior roles very young when they really don’t have the breadth of expertise. We’re really creating future problems.

We’ve had a lot of fragmentation. It used to be that you had Blogger and WordPress and LiveJournal and Movable Type. Now, you’ve got Tumblr and Medium and Vox, all these different platforms and all these different ways you can communicate; you’ve got Facebook, a lot of people communicating more visually through photography, through Instagram. … Your attention is fragmented, which makes it a lot harder to actually follow blogs. I, in the end, ran away from my RSS reader because there were too many unread posts in it. Periodically, I’d come in, just mark them all read, and kill the list. It never worked.

I think it’s about the immediacy of it, and we like immediacy. It’s that social hit that you get when someone replies to something and you want it there and it’s right in front of you. If you’ve got to write a comment on a blog, that’s like 10 minutes writing and they may not see it for 24 hours.