What bio can learn from the open source work of Tesla, Google, and Red Hat. 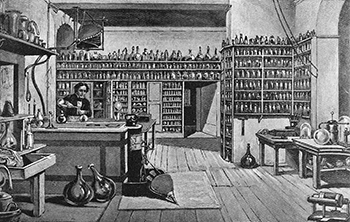 When building a biotech start-up, there is a certain inevitability to every conversation you will have. For investors, accelerators, academics, friends, baristas, the first two questions will be: “what do you want to do?” and “have you got a patent yet?”

Almost everything revolves around getting IP protection in place, and patent lawyer meetings are usually the first sign that your spin-off is on the way. But what if there was a way to avoid the patent dance, relying instead on implementation? It seems somewhat utopian, but there is a precedent in the technology world: open source.

What is open source? Essentially, any software in which the source code (the underlying program) is available to anyone else to modify, distribute, etc. This means that, unlike typical proprietary development processes, it lends itself to collaborative development between larger groups, often spread out across large distances. From humble beginnings, the open source movement has developed to the point of providing operating systems (e.g. Linux), Internet browsers (Firefox), 3D modelling software (Blender), monetary alternatives (Bitcoin), and even integrating automation systems for your home (OpenHab).

The obvious question is then, “OK, but how do they make money?” The answer to this lies not in attempting to profit from the software code itself, but rather from its implementation as well as the applications which are built on top of it. For the implementation side, take Red Hat Inc., a multinational software company in the S&P 500 with a market cap of $14.2 billion, who produce the extremely popular Red Hat Enterprise Linux distribution. Although open source and freely available, Red Hat makes its money by selling a thoroughly bug-tested operating system and then contracting to provide support for 10 years. Thus, businesses are not buying the code; they are buying a rapid response to any problems.

How about profiting on the applications? Google’s Android, the operating system that runs a large percentage of the world’s phones, is open source. This allows others to make their own variants, but the majority of phone and tablet owners will remain with the pre-installed Android version — and purchase their apps from the Google Play store with its associated distributor fees. In this manner, Google profits not from the source code, but from the actions of people using this code.

A more “physical” version would be Tesla, which opened up its patent portfolio for anyone to use. This doesn’t seem to make sense at first glance, but Tesla is also heavily investing in battery production capacity — thus, encouraging the use of its electric technology will also increase the income from its Gigafactory and SuperCharger network. Again, open source acts as a basis to build further income on top.

So, that’s software. How does open source work in biology? Examples lie on a spectrum ranging from “garage” to “academic lab.”

Biohackers, for one, in many ways resemble the original “two nerds in a garage” origins of the computer movement. Biohackers use open source protocols and designs for equipment, such as PCR to set up personal laboratories that would normally be beyond the scope of casual tinkerers. This is assisted by recent attempts to standardize genetic elements, as seen, for example, in the BioBrick movement (which curates various DNA sequences designed to easily clone together into a biological circuit) or the OpenPlant collaborative initiative (which promotes an open source approach to plant synthetic biology). Supported by a surprising number of open, collaborative labs around the world, these groups aim to bring about the same sort of changes as were seen with the start of the PC era.

At the other end, we have institutions such as CambiaLabs and the BiOS Initiative, which aim to support open source IP initiatives for biological systems via collaborative licensing agreements. A good example of their work would be the Transbacter project, an attempt to perform an end-run around the multitude of Agrobacteria-mediated plant engineering techniques patents by identifying other vectors — which were then released to the community.

Both of these are attempts to democratize biological research and development, and tie into a general increase in popular interest over biotechnology — as can be seen by the success of the crowdfunded “Glowing Plants” synthetic biology project.

However, there are significant differences between the acceptance of open source software and open source biology, primarily boiling down to regulation and safety issues (after all, a badly written program can crash your computer, but a badly formed bacteria can kill you). The number of regulations that need to be followed when legally producing a transgenic organism are immense, particularly in ensuring that they are both non-harmful and unlikely to spread throughout the wild. These regulatory — and thus financial — burdens severely limit the degree to which any individual biohacker can take their ideas and develop them. Note, however, that this is individual biohackers — larger firms can naturally afford to bring developments through this stage to market. Can a larger firm thus make money from open source biology? We believe so, provided the company uses a method similar to Red Hat, Google, or Tesla, in using the open source component to drive customers toward their own market strength — for example, by releasing blueprints and software for lab automation, then selling that equipment and support.

Open source biology is taking off, but will it ever provide enough income to build a business around? When we look at the history of open source software, it seems inevitable.