Eric McNulty on real-time disaster reponse and leadership beyond control

The O'Reilly Radar Podcast: FEMA's Innovation Team and practicing leadership as if it's an Olympic sport. 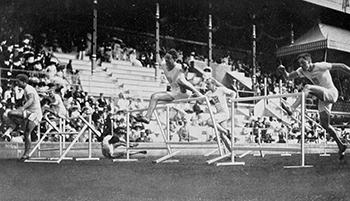 O’Reilly’s Jenn Webb chats with Eric McNulty, a consultant, writer, speaker, and catalyst for positive leadership. McNulty talks about real-time disaster response, the connections between disaster response and organizational leadership, and how today’s leaders can achieve order beyond control and influence beyond authority. McNulty will talk more about instituting effective leadership at the Cultivate leadership training at Strata + Hadoop World in San Jose in March.

Here are a few highlights:

Right after Hurricane Sandy, I was here in New York and New Jersey, and FEMA deployed their first ever Innovation Team, which meant they were trying to innovate in the midst of disaster response. … They were coming together and building mesh networks in some cases. They were crowdsourcing evaluation of photographs. They would get the Civilian Air Patrol to do overviews of the effected areas. They’d upload that and people anywhere in the country could look at it and give it a basic evaluation of severe, moderate, or mild in terms of the damage. They were able to get situational awareness very quickly the way they never would have been able to otherwise. … They were able to innovate in real time in the field and see what worked and what didn’t; the then deputy administrator, who is now a colleague of mine at Harvard, said it fundamentally changed the way FEMA operates.

What we have found over time is that being on the ground watching leaders in high stakes, high-pressure situations like the Boston Marathon Bombing response, like Deep Water Horizon, like Hurricane Katrina or Sandy, it’s like the Olympics of leadership. It’s when things are absolutely at their toughest and people may die if you make the wrong decision, which is not what most of us face in our organizational lives. Like the Olympics, you don’t start practicing the day you get there. You practice for a long time before you get there. The fundamental skills are ones you can use every single day. You can use them at work, you can use them at home. There are things that we teach, some people, they’re saying go home and use it with your kids. … There’s a lot of applications for these things beyond a ‘leadership setting.’

Right now we’re doing a lot of work around cyber. The cyber threats are growing and they’re going from disruptive to destructive. There’s an increased need for public and private entities to work well together. … Fundamentally, it’s a leadership problem. Finding a way for different parties who have a shared interest that don’t want bad things to happen to come together and be able to collaborate and work well together.

There’s a fundamental shift from leadership being thought of as a senior management function to an independent function. What I mean by that is leadership is really about human factors. … When you’re leading, how do you maintain the clarity of your voice, the clarity of your vision, and motivate people to inspire them to get them to where you need to be amidst all the craziness? … How are you thinking beyond control? [Maintaining] order beyond control and influence beyond authority? Which is a different way of functioning for a lot of people.

Image via the Official Olympic Report on Wikimedia Commons.