David Mertz, being a sort of Foucauldian Berkeley, believes, esse est denunte. David may be reached at mertz@gnosis.cx; his life pored over at http://gnosis.cx/publish/.

Get started with functional programming in Python 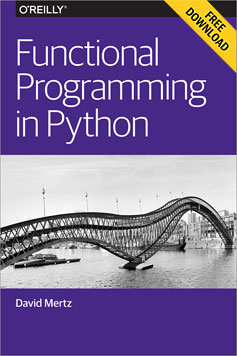 I would roughly characterize functional programming as having at least several of the following characteristics: