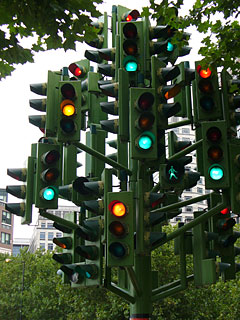 Now for the exceptions. END_OF_DOCUMENT_TOKEN_TO_BE_REPLACED

Functional Programming with JavaScript isn't as hard as you think

Functional programming, for most working programmers, is exotic. I’ve been experimenting with it as a way to get cleaner code and to expand my mind a bit. Here I describe a minimal approach to JavaScript which makes it intensely functional.

Functional programming avoids side effects (also known as state or mutable data) by using functions that operate on other functions. It emphasizes expressions over commands, and computation over assignment. There are lots of functional languages, including Lisp (the original) and XSLT (the one I happen to know best).

JavaScript is a flexible language with first-class functions, so it supports a functional programming style. Usually people do this with a library such as Underscore.js, which provides array operations like “map” and “reduce” and function operations like “bind” and “compose”. This is very cool. For example, when you use “map”, you work at a higher level of abstraction. You don’t have to worry about a temporary index variable for iterating over the array, so the code becomes shorter and clearer.