END_OF_DOCUMENT_TOKEN_TO_BE_REPLACED

Design with mobile (and performance) in mind first

A recent study showed that mobile is the primary Internet access method for a vast number of global Internet users. Roughly 50% of Internet users in Africa and Asia are mobile-only, in contrast to 25% in the United States. This study called “mobile-only” users those who never or infrequently use the desktop Internet (though the study included tablets in the “desktop” category). The bottom line: lots of people are primarily using handsets to access the Internet, and these devices are so much slower than desktop machines.

Before a mobile device can transmit or receive data, it has to establish a radio channel with the network. This can take several seconds. The best part is, if there is no data transmitted or received, after a timeout the channel will go idle, which requires a new channel to be established. This can obviously wreak havoc on your web page load times.

On a typical United States desktop using WiFi, a request’s average round trip takes 50 milliseconds. On a mobile network, it’s over 300 milliseconds. This is as slow as old dial-up connections. Additionally, even WiFi is slower on handsets, thanks to antenna length and output power. This means you really need to prioritize performance as you optimize your site’s design for mobile devices.

END_OF_DOCUMENT_TOKEN_TO_BE_REPLACED 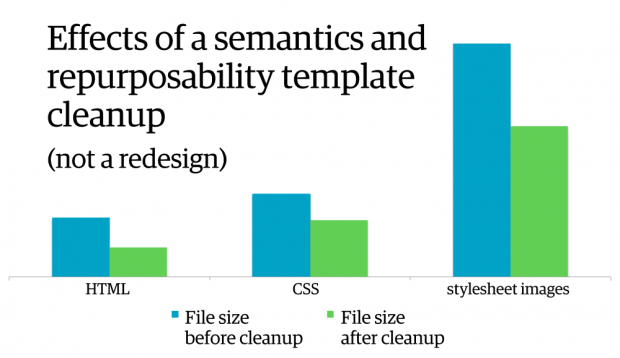