Pamela Samuelson is the Richard M. Sherman ’74 Distinguished Professor of Law and Information at the University of California at Berkeley and a Director of the Berkeley Center for Law & Technology. She teaches courses on intellectual property, cyberlaw, and information privacy. She has written and spoken extensively about the challenges that new information technologies pose for traditional legal regimes, especially for intellectual property law. She is the author of an amicus curiae brief for Intellectual Property Professors in support of Google's cert petition, which can be found here.

An overview of requested exceptions for the 2014-15 triennial review of the Digital Millennium Copyright Act.

Editor’s note: this article originally published in the July issue of Communications of the ACM (CACM); it is cross-published here with permission. 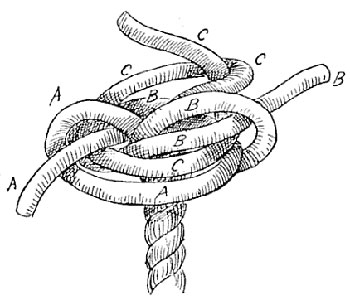 Computer security researchers and hobbyists who want to tinker with the software in their cars are among those who will find out by the end of 2015 whether the U.S. Copyright Office has issued exemptions from the Digital Millennium Copyright Act (DMCA) anti-circumvention rules. Exemptions would enable these actors to engage in reverse engineering that might bypass technical measures that protect access to copyrighted software or content. It is much to be hoped for that the Office will exempt all uses that pose no threat of copyright infringement, which is all that the anti-circumvention rules were supposed to be about. Unfortunately, the rules were drafted very broadly. Hence, the need to seek exemptions.

This column, written in March and originally published in the July edition of Communications of the ACM, explores examples of DMCA exemption requests submitted for consideration. END_OF_DOCUMENT_TOKEN_TO_BE_REPLACED

Google has asked the U.S. Supreme Court to review the CAFC’s ruling that Oracle's Java APIs are copyrightable.

Editor’s note: this is a forthcoming article for the March 2015 issue of Communications of the ACM (CACM); it is published here with permission.

For more than 20 years, the prevailing view has been that application program interfaces (APIs) are unprotectable elements of copyrighted computer programs. Under this view, programmers are free to reimplement other firms’ APIs in independently written code. Competition and innovation in the software industry has thrived amazingly well in part because of rulings upholding this understanding.

Challenging this view is the Court of Appeals of the Federal Circuit (CAFC) May 2014 decision in Oracle v. Google. The CAFC held that the “structure, sequence, and organization” (SSO) of Oracle’s Java APIs that Google reimplemented in its Android software are protectable expression under copyright law. It reversed a lower court ruling that the Java APIs were not copyrightable.

Google has asked the U.S. Supreme Court to review the CAFC’s ruling. Several amicus curiae (friend of the court) briefs have been filed in support of this effort. Hewlett-Packard, Red Hat, and Yahoo! (PDF) are among these amici (as am I and 77 computer scientists).

The Supreme Court may take the case because the CAFC’s decision is in conflict with other appellate court rulings that exclude APIs from copyright protection.

This article will explain the Oracle and Google theories about the copyrightability of Java APIs and the precedents on which each relies. The stakes in this case could not be higher. END_OF_DOCUMENT_TOKEN_TO_BE_REPLACED

Why software startups decide to patent … or not

Researchers Pamela Samuelson and Stuart J. H. Graham discuss key results from the 2008 Berkeley Patent Survey, including how software startups perceive, use and are affected by the patent system. Of particular note, startups find that first-mover advantage and complementary assets are more important than patents.

Legally Speaking: The Dead Souls of the Google Booksearch Settlement

In the fall of 2005, the Authors Guild, which then had about 8000 members, and five publishers sued Google for copyright infringement. Many copyright professionals expected the Authors Guild v. Google case to be the most important fair use case of the 21st century. This column argues that the proposed settlement of this lawsuit is a privately negotiated compulsory license primarily designed to monetize millions of orphan works. It will benefit Google and certain authors and publishers, but it is questionable whether the authors of most books in the corpus (the “dead souls” to which the title refers) would agree that the settling authors and publishers will truly represent their interests when setting terms for access to the Book Search corpus.