A commitment to biotech, in action

"I eat, breathe, live biotech,” says Ryan Bethencourt. “It’s really all I do at this point.” 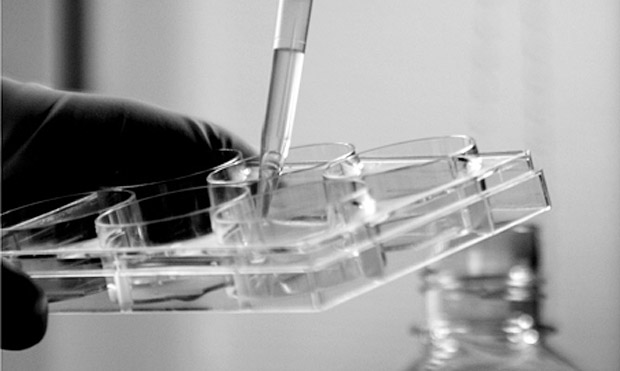 This story is part of our ongoing exploration of synthetic biology and the DIYbio movement. Learn more by downloading a free edition of BioCoder.

Ryan Bethencourt seized his opportunity back in 2008. That made him an outlier: most people, after all, were seizing pink slips, not opportunities. But while the Great Recession wiped out billions in home equity and blew up companies by the score, it also freed up plenty of hard assets. In simple terms, you could buy a lot of expensive stuff for a song. And that’s just what Bethencourt and his pal, molecular biologist and fellow DIYbio enthusiast, John Schloendorn, did.

“The financial crisis resulted in the liquidation of a big chunk of the biotechnology sector,” says Bethencourt, a molecular geneticist-cum-biotech entrepreneur who was working as a business development director for a clinical research organization at the time. “So we bought up a lot of research-grade equipment. We felt we couldn’t afford to pass it up.” END_OF_DOCUMENT_TOKEN_TO_BE_REPLACED

Inside a new DIY bio lab.

BioCurious has officially opened its first lab, with a mission of involving ordinary people off the street in biological experiments, using hands-on learning, and promoting open source hardware and software.

OSCON Preview: Interview with Eri Gentry on a biologist's coffeehouse

BioCurious is a Silicon Valley gathering place for biologists and
other people such as artists who are fascinated by biology. It serves
for learning, sharing, and an incubator for products and ideas.

OSCON Preview: Interview with Eri Gentry on a biologist’s coffeehouse

BioCurious is a Silicon Valley gathering place for biologists and
other people such as artists who are fascinated by biology. It serves
for learning, sharing, and an incubator for products and ideas.