We need to nurture our imaginations to fuel the biological revolution.

Download the new issue of BioCoder, our newsletter covering the biological revolution. 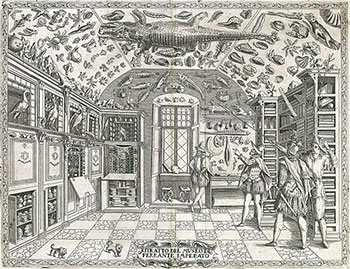 I recently took part in a panel at Engineering Biology for Science & Industry, where I talked about the path biology is taking as it becomes more and more of an engineering discipline, and how understanding the path electronics followed will help us build our own hopes and dreams for the biological revolution.

In 1901, Marconi started the age of radio, and really the age of electronics, with the “first” trans-atlantic radio transmission. It’s an interesting starting point, because important as this event was, there’s good reason to believe that it never really happened. We know a fair amount about the equipment and the frequencies Marconi was using: we know how much power he was transmitting (a lot), how sensitive his receiver was (awful), and how good his antenna was (not very).

We can compute the path loss for a signal transmitted from Cornwall to Newfoundland, subtract that from the strength of the signal he transmitted, and compare that to the sensitivity of the receiver. If you do that, you have to conclude that Marconi’s famous reception probably never happened. If he succeeded, it was by means of a fortunate accident: there are several possible explanations for how a radio signal could have made it to Marconi’s site in Newfoundland. All of these involve phenomenon that Marconi couldn’t have known about. If he succeeded, his equipment, along with the radio waves themselves, were behaving in ways that weren’t understood at the time, though whether he understood what was happening makes no difference. So, when he heard that morse code S, did he really hear it? Did he imagine it? Did he lie? Or was he very lucky? END_OF_DOCUMENT_TOKEN_TO_BE_REPLACED