What it means to “go pro” in data science

A look at what it takes to be a professional data science programmer. 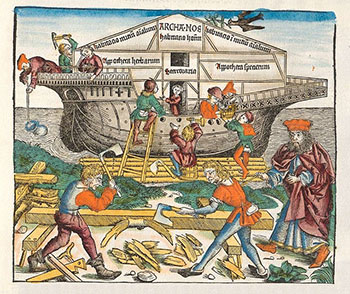 The data products my team creates are not important enough to justify huge enterprise-wide infrastructures. It’s just not worth it to invest in hyper-efficient automation and production control. On the other hand, our data products influence important decisions in the enterprise, and it’s important that our efforts scale. We can’t afford to do things manually all the time, and we need efficient ways of sharing results with tens of thousands of people.

There are a lot of us out there — the “regular” data scientists; we’re more organized than hackers but with no need for a superhero-style data science lair. A group of us met and held a speed ideation event, where we brainstormed on the best practices we need to write solid code. This article is a summary of the conversation and an attempt to collect our knowledge, distill it, and present it in one place. END_OF_DOCUMENT_TOKEN_TO_BE_REPLACED

Several other responses are featured at more length below. After you read through, make sure to also check out this terrific Ignite talk on data journalism recorded at this year’s Newsfoo in Arizona. END_OF_DOCUMENT_TOKEN_TO_BE_REPLACED

Justin Arenstein is building the capacity of African media to practice data-driven journalism.

This interview is part of our ongoing look at the people, tools and techniques driving data journalism.

I first met Justin Arenstein (@justinarenstein) in Chişinău, Moldova, where the media entrepreneur and investigative journalist was working as a trainer at a “data boot camp” for journalism students. The long-haired, bearded South African instantly makes an impression with his intensity, good humor and focus on creating work that gives citizens actionable information.

Whenever we’ve spoken about open data and open government, Arenstein has been a fierce advocate for data-driven journalism that not only makes sense of the world for readers and viewers, but also provides them with tools to become more engaged in changing the conditions they learn about in the work.

He’s relentlessly focused on how open data can be made useful to ordinary citizens, from Africa to Eastern Europe to South America. For instance, in November, he highlighted how data journalism boosted voter registration in Kenya, creating a simple website using modern web-based tools and technologies.

For the last 18 months, Arenstein has been working as a Knight International Fellow embedded with the African Media Initiative (AMI) as a director for digital innovation. The AMI is a group of the 800 largest media companies on the continent of Africa. In that role, Arenstein has been creating an innovation program for the AMI, building more digital capacity in countries that are as in need of effective accountability from the Fourth Estate as any in the world. That disruption hasn’t yet played itself out in Africa because of a number of factors, explained Arenstein, but he estimates that it will be there within five years.

“Media wants to be ready for this,” he said, “to try and avoid as much of the business disintegration as possible. The program is designed to help them grapple with and potentially leapfrog coming digital disruption.”

In the following interview, Arenstein discusses the African media ecosystem, the role of Hacks/Hackers in Africa, and expanding the capacity of data journalism. END_OF_DOCUMENT_TOKEN_TO_BE_REPLACED

Startup Showcase: And the finalists are …

A compelling crop of companies will present at the Strata Conference + Hadoop World Startup Showcase.

We had a wide range of startups apply for a slot in the Strata Conference + Hadoop World Startup Showcase. Our selection committee, which included investors, entrepreneurs, and executives from SAP — which is sponsoring the event — whittled these down to just a few, who will get a chance to strut their stuff in the Big Apple next week.

All sorts of early-stage firms applied, both those using data as a key differentiator, and those building the next-generation infrastructures that can handle the torrent of information our world produces. We also had applicants who visualize, communicate, and democratize, turning complex, chewy data into bite-sized, interactive nuggets that are easier to digest.

It’s a compelling crop of new entrants into today’s vibrant big data ecosystem, and we’re thrilled to welcome them to next week’s event, where Tim O’Reilly and Fred Wilson face the unenviable task of choosing the top three.

The same thing is happening with data. A report that took a month to run is now just a few taps on a tablet. An unthinkably complex analysis of competitors is now a Google search. And the global distribution of multimedia content that once required a broadcast license is now an upload. END_OF_DOCUMENT_TOKEN_TO_BE_REPLACED

Data and context are always linked, data outputs beyond visualizations, state of the computer book market.

This week on O'Reilly: Mike Loukides explained why problems arise when data is taken out of social contexts, Robbie Allen looked at six ways insight can be extracted from datasets, and Mike Hendrickson analyzed the current state of the computer book market.

The evolution of data products

The data that drives products is shifting from overt to covert.

The real changes in our lives will come from products that have the richness of data without calling attention to the data.

A workshop shows early signs of climate scientists and data scientists coming together.

Climate cycles, machine learning and improved models were all part of the discussions at the first New York Academy of Sciences Workshop on Climate Informatics.

Rovio, the company behind Angry Birds, is using data and analytics to keep bird-launching gamers plugged in. Also, HP's acquisition of Autonomy reveals its data intentions, and the Daily Dot finds stories with an assist from data journalism.

Data and the human-machine connection

Managing data and extracting meaning require new approaches, new education, and even a new language. Opera Solutions CEO Arnab Gupta discusses each of these areas in the following interview.