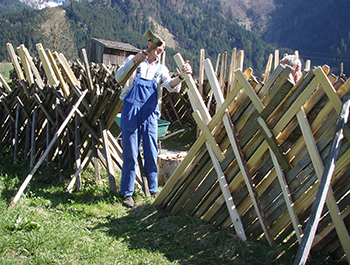 In this episode of the O’Reilly Data Show, I spoke with Fang Yu, co-founder and CTO of DataVisor. We discussed her days as a researcher at Microsoft, the application of data science and distributed computing to security, and hiring and training data scientists and engineers for the security domain.

DataVisor is a startup that uses data science and big data to detect fraud and malicious users across many different application domains in the U.S. and China. Founded by security researchers from Microsoft, the startup has developed large-scale unsupervised algorithms on top of Apache Spark, to (as Yu notes in our chat) “predict attack vectors early among billions of users and trillions of events.”

Several years ago, I found myself immersed in the security space and at that time tools that employed machine learning and big data were still rare. More recently, with the rise of tools like Apache Spark and Apache Kafka, I’m starting to come across many more security professionals who incorporate large-scale machine learning and distributed systems into their software platforms and consulting practices.

END_OF_DOCUMENT_TOKEN_TO_BE_REPLACED

From search to distributed computing to large-scale information extraction

The O'Reilly Data Show Podcast: Mike Cafarella on the early days of Hadoop/HBase and progress in structured data extraction. 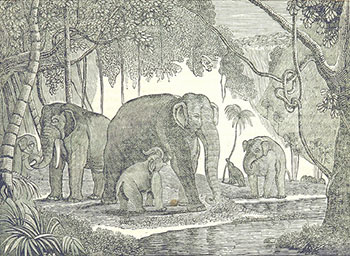 February 2016 marks the 10th anniversary of Hadoop — at a point in time when many IT organizations actively use Hadoop, and/or one of the open source, big data projects that originated after, and in some cases, depend on it.

During the latest episode of the O’Reilly Data Show Podcast, I had an extended conversation with Mike Cafarella, assistant professor of computer science at the University of Michigan. Along with Strata + Hadoop World program chair Doug Cutting, Cafarella is the co-founder of both Hadoop and Nutch. In addition, Cafarella was the first contributor to HBase.

We talked about the origins of Nutch, Hadoop (HDFS, MapReduce), HBase, and his decision to pursue an academic career and step away from these projects. Cafarella’s pioneering contributions to open source search and distributed systems fits neatly with his work in information extraction. We discussed a new startup he recently co-founded, ClearCutAnalytics, to commercialize a highly regarded academic project for structured data extraction (full disclosure: I’m an advisor to ClearCutAnalytics). As I noted in a previous post, information extraction (from a variety of data types and sources) is an exciting area that will lead to the discovery of new features (i.e., variables) that may end up improving many existing machine learning systems. END_OF_DOCUMENT_TOKEN_TO_BE_REPLACED 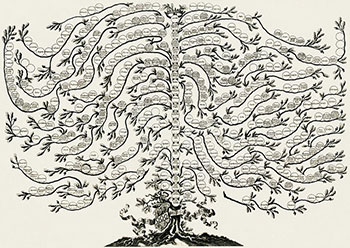 In this week’s episode, O’Reilly’s Mac Slocum talks to Astrid Atkinson, director of software engineering at Google, about the delicate balance of managing complexity in distributed systems and her experience working on-call rotations at Google.

Here are a few snippets from their chat:

I think it’s often really hard for organizations that are scaling quickly to find time to manage complexity in their systems. That can be really a trap, because if you’re really always just focused on the next deadline or whatever, and never planning for what you’re going to live with when you’re done, then you might never find the time.

I used to get paged awake at two in the morning. You go from zero to Google is down. That’s a lot to wake up to.

END_OF_DOCUMENT_TOKEN_TO_BE_REPLACED 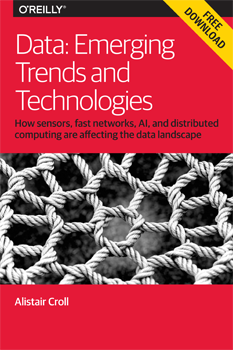 Then the pendulum swung back to the edge, and the clients got smart again. First with AJAX, Java, and Flash; then in the form of mobile apps, where the smartphone or tablet did most of the hard work and the back end was a communications channel for reporting the results of local action. END_OF_DOCUMENT_TOKEN_TO_BE_REPLACED

When we think about big data, we usually think about the web: the billions of users of social media, the sensors on millions of mobile phones, the thousands of contributions to Wikipedia, and so forth. Due to recent innovations, web-scale data can now also come from a camera pointed at a small, but extremely complex object: the brain. New progress in distributed computing is changing how neuroscientists work with the resulting data — and may, in the process, change how we think about computation. END_OF_DOCUMENT_TOKEN_TO_BE_REPLACED

Revisiting “What is DevOps” Two years ago, I wrote What is DevOps. Although that article was good for its time, our understanding of organizational behavior, and its relationship to the operation of complex systems, has grown.

A few themes have become apparent in the two years since that last article. They were latent in that article, I think, but now we’re in a position to call them out explicitly. It’s always easy to think of DevOps (or of any software industry paradigm) in terms of the tools you use; in particular, it’s very easy to think that if you use Chef or Puppet for automated configuration, Jenkins for continuous integration, and some cloud provider for on-demand server power, that you’re doing DevOps. But DevOps isn’t about tools; it’s about culture, and it extends far beyond the cubicles of developers and operators. As Jeff Sussna says in Empathy: The Essence of DevOps:

…it’s not about making developers and sysadmins report to the same VP. It’s not about automating all your configuration procedures. It’s not about tipping up a Jenkins server, or running your applications in the cloud, or releasing your code on Github. It’s not even about letting your developers deploy their code to a PaaS. The true essence of DevOps is empathy.