Subscribe to the O’Reilly Hardware Podcast for insight and analysis about the Internet of Things and the worlds of hardware, software, and manufacturing. Find us on TuneIn, Stitcher, iTunes, SoundCloud, RSS. 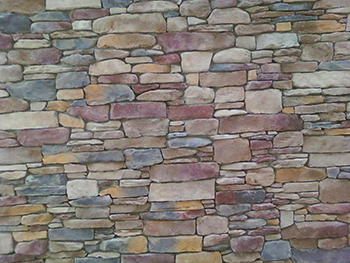 This will be a breakout year for JavaScript on embedded systems. Our guest on the Hardware Podcast this week is Peter Hoddie, who founded Kinoma, which makes software and hardware for building JavaScript-powered prototypes. Previously he was one of the original developers of QuickTime at Apple.

Computing power has become so inexpensive, and the JS developer community so large, that the accessibility and fast development times of JavaScript will outweigh the efficiency advantages of C and assembly for all but fairly specialized projects.

END_OF_DOCUMENT_TOKEN_TO_BE_REPLACED

What BlackBerry is up to these days

Practically dead in smartphones, BlackBerry is dominant in the auto industry.

Here’s a surprise, via Bloomberg:

“BlackBerry’s QNX operating system, used to power its BlackBerry 10 phones, has become the technology of choice for mapping, communication and entertainment systems in cars from Ford Motor Co. to luxury German brands Porsche and BMW.”

BlackBerry acquired QNX in 2010 from Harman International, a long-time supplier to the auto industry. “Long-time supplier” is the crucial bit. As for why QNX has done well, Bloomberg explains:

“‘QNX is the standard right now,’ said Matthew Stover, an analyst at Guggenheim Partners in Boston. ‘It’s proven and people know what it is.’

A key to maintaining the lead is QNX’s track record in running safety systems, crucial in situations where a software freeze could mean a car accident.”

Internet of Things in celebration and provocation at MIT

Last Saturday’s IoT Festival at MIT became a meeting ground for people connecting the physical world. Embedded systems developers, security experts, data scientists, and artists all joined in this event. Although it was called a festival, it had a typical conference format with speakers, slides, and question periods. Hallway discussions were intense.

END_OF_DOCUMENT_TOKEN_TO_BE_REPLACED

Hurdles to the Internet of Things prove more social than technical

MIT's IoTFest reveals the IoT poses as much challenge as it does promise.

Last Saturday’s IoT Festival at MIT became a meeting-ground for people connecting the physical world. Embedded systems developers, security experts, data scientists, and artists all joined in this event. Although it was called a festival, it had a typical conference format with speakers, slides, and question periods. Hallway discussions were intense.

Some of the social discussion we have to have before we get the Internet of Things rolling are:

END_OF_DOCUMENT_TOKEN_TO_BE_REPLACED

What is the security model for a world filled with sensors?

I’ve been thinking (and writing) a lot lately about the intersection of hardware and software, and how standing at that crossroads does not fit neatly into our mental models of how to approach the world. Previously, there was hardware and there was software, and the two didn’t really mix. When trying to describe my thinking to a colleague at work, the best way to describe the world was that it’s becoming “oobleck,” the mixture of cornstarch and water that isn’t quite a solid but isn’t quite a liquid, named after the Dr. Seuss book Bartholomew and the Oobleck.  (If you want to know how to make it, check out this video.)

One of the reasons I liked the metaphor of oobleck for the melding of hardware and software is that it can rapidly change on you when you’re not looking. It pours like a liquid, but it can “snap” like a solid. If you place the material under stress, as might happen if you set it on a speaker cone, it changes state and acts much more like a weird solid.

This “phase change” effect may also occur as we connect highly specialized embedded computers (really, “sensors”) to the Internet. As Bruce Schneier recently observed, patching embedded systems is hard. As if on cue, a security software company published a report that thousands of TVs and refrigerators may have been compromised to send spam. Embedded systems are easy to overlook from a security perspective because at the dawn of the Internet, security was relatively easy: install a firewall to sit between your network and the Internet, and carefully monitor all connections in and out of the network. Security was spliced into the protocol stack at the network layer. One of my earliest projects in understanding the network layer was working with early versions of Linux to configure a firewall with the then-new technology of address translation. As a result, my early career took place in and around network firewalls. END_OF_DOCUMENT_TOKEN_TO_BE_REPLACED

America's tech schizophrenia, why Apple fans don't like Android, and the terrifying importance of embedded systems.

Why embedded systems are "terrifyingly important"

Why embedded systems are “terrifyingly important”