What will stop the march of technological progress? 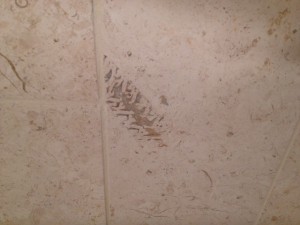 Tim O’Reilly gave some sobering remarks last week at Techonomy about the things that might halt the sort of technological progress that has come to feel inexorable: war, fundamentalism, anti-science sentiment, etc. Human progress has practically stopped over many long periods in recorded history, he pointed out, and we won’t necessarily be able to predict the next dark age by reading out from the patterns of history.

After the conference ended, I spent the afternoon driving to San Diego across some really spectacular Sonoran terrain that’s been repeatedly reshaped by cataclysmic floods and dried out by thousand-year droughts in a flourish/perish cycle that’s much longer than any in human history. I took a long side-trip to see the Salton Sea, which is an accidental re-creation of an ancient lake, formed in 1905 when a canal levy that was built during a period of land speculation broke and diverted the entire flow of the Colorado River into a below-sea-level basin for two years. The highly-saline ecological disaster that resulted, and the horizon-to-horizon industrial farming that surrounds it, is really striking for the relentless speed at which that environment was created on human terms and in cycles that are totally uncoupled from nature’s.

The punch line to a day of thinking about sustainability came on checking into a pretty ordinary hotel in San Diego and finding the scene in the above photo: bathroom tiles full of ancient fossils that were preserved and stored on a timeline of millions of years and rendered into building materials on a timeline that’s probably six orders of magnitude shorter.

Sustainable publishing is a mindset, not a format

Dennis Stovall on the intricacies of sustainable publishing.

Dennis Stovall, director of the Publishing Program at Portland State University, discusses the state of sustainable publishing and who's doing it right.

Can we capture all the world's carbon emissions?

Carbon capture tech would require huge scale, but could give the world needed time.

Capturing carbon dioxide from the atmosphere has major challenges, but it can be done at a price that would not destroy our economy. Doing so would give us more time to find ways to switch to inherently zero-carbon methods of powering our civilization.

If humanity could capture one tenth of one percent of the solar energy striking the Earth, we would have access to 6X as much energy as we consume in all forms today, with almost no greenhouse gas emissions.