Where are the apps for ereaders?

Developers and ereader vendors are missing an app opportunity

I read on my GlowLight NOOK much more frequently than I read on my Asus Transformer tablet. I’d say there’s at least a 10:1 differential, so for every hour I read on my tablet I read at least 10 hours on my Glowlight Nook. I’ll bet I’m not alone and people who own both an E Ink device and a tablet probably do much more reading on the former. So why is the apps ecosystem limited to tablets? Why are there no add-on apps for E Ink devices in general?

In a recent TOC newsletter we asked readers “What do you wish your ereader could do?” We received quite a few replies, but one of the more interesting ones came from a person who said they’d like to have apps like Flipboard, Zite and Pulse on their E Ink device. I found that interesting because those are the apps (along with News360) I use almost every day on my tablet. If there were Nook E Ink versions, that 10:1 ratio noted earlier would probably become 50:1 as there would be less reason for me to switch to my tablet for reading.

So why aren’t there apps like this on E Ink devices? One reason is tied to E Ink’s capabilities. Apps like Flipboard, Zite, et al, offer nice graphics and even a bit of animation. E Ink is limited to grayscale and no animation, of course. So why not create those apps without the animation and just show the images in black and white? That leads to reason No. 2: Amazon, B&N and the other E Ink device vendors aren’t encouraging third-party app development. That’s probably because they want those devices to have the highest walled gardens of all, which is a shame and a loss for consumers.

Is it too late for these vendors to reconsider and encourage third-party app development? Maybe. After all, the momentum has already swung toward tablets and away from E Ink readers. Nevertheless, as long as tablets weigh more than E Ink readers, their displays aren’t as easy on the eyes and they don’t offer significantly longer battery life, I’ll remain a two-device reading consumer. I suspect I’m not alone, so I hope an E Ink app ecosystem takes root at some point.

This post originally appeared on Joe Wikert’s Publishing 2020 Blog (“Why Are Apps Only on Tablets?“). This version has been lightly edited.

Publishing News: Consequences and questions from the Twitter kerfuffle

Twitter suspends an account, Time Inc.'s new chief has a consumer plan, and ereader technology needs a "kick in the pants"

Here are a few stories that caught my attention in the publishing space this week.

Reviews in the aftermath were interesting. The account suspension ultimately had the opposite of the intended effect, pointing a spotlight at Adams’ tweet and garnering it far more attention than it likely would have had otherwise. Meghan Garber at The Atlantic put together a Topsy chart of the response to Adams’ tweet, which showed the response began as pretty much nothing and then exploded upon his account suspension.

Kashmir Hill at Forbes also reviewed the situation and the surrounding drama, and concluded that the biggest loser was the complainant, NBC: “Beyond having their exec’s email spread far and wide over the Internet, it’s reflected poorly on their stance on free speech and garnered much more negative press for them than they could have imagined when they first complained.”

Mathew Ingram at GigaOm took a look at the bigger picture and identified a serious issue raised by Twitter’s actions:

“… as it expands its media ambitions and does more curation and manual filtering of the kind it has been doing for NBC, Twitter is gradually transforming itself from a distributor of real-time information into a publisher of editorial content, and that could have serious legal ramifications.”

Ingram points out that Twitter isn’t interested in being a publisher or being seen as one, but notes the company is walking a fine line: “If the company is filtering and selecting messages, however, and possibly letting certain parties know when a legally questionable one shows up, that is much more like what publishers do …” Ingram’s post is this week’s recommended read — you can find it here.

END_OF_DOCUMENT_TOKEN_TO_BE_REPLACED

This post originally appeared on Joe Wikert’s Publishing 2020 Blog (“The Used Ebook Opportunity“). This version has been lightly edited. 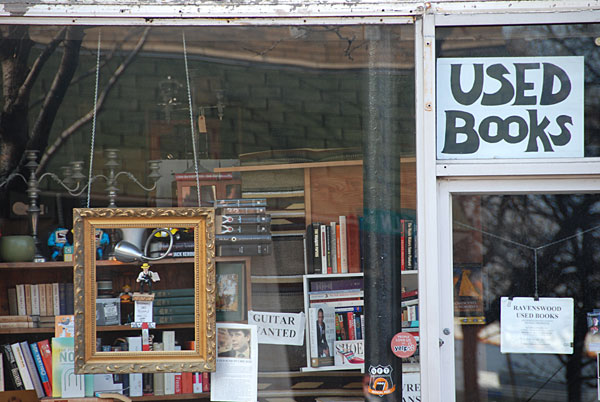 I’ve got quite a few ebooks in two different accounts that I’ve read and will never read again. I’ll bet you do, too. In the print world, we’d pass those along to friends, resell them or donate them to the local library. Good luck doing any of those things with an ebook.

Once you buy an ebook, you’re pretty much stuck with it. That’s yet another reason why consumers want low ebook prices. Ebooks are lacking some of the basic features of a print book, so of course they should be lower-priced. I realize that’s not the only reason consumers want low ebook prices, but it’s definitely a contributing factor. I’d be willing to pay more for an ebook if I knew I could pass it along to someone else when I’m finished with it.

The opportunity in the used ebook market isn’t about higher prices, though. It’s about expanding the ebook ecosystem.

The used print book market helps with discovery and affordability. The publisher and author already got their share on the initial sale of that book. Although they may feel they’re losing the next sale, I’d argue that the content is reaching an audience that probably wouldn’t have paid for the original work anyway, even if the used book market didn’t exist.

Rather than looking at the used book world as an annoyance, it’s time for publishers to think about the opportunities it could present for ebooks. END_OF_DOCUMENT_TOKEN_TO_BE_REPLACED

Amazon as friend and foe

Clint Greenleaf on the challenges of working with and competing against Amazon.

In this TOC podcast, Greenleaf Book Group founder and CEO Clint Greenleaf shares a unique perspective on working with and competing against Amazon. He also addresses the DOJ lawsuit and offers thoughts on the future of ereaders.

Why I haven't caught ereader fever

Platform lock-in and questionable longevity make the iPad a better investment than an ereader.

Ereaders may have their place now, but shifts toward the web and HTML5 make the iPad a wiser and more enduring choice for digital reading.

Microsoft invests in B&N, Target evicts Amazon, and ebooks teeter on the brink of extinction (perhaps).

B&N’s Nook gets Microsoft’s bankroll and will soon incorporate NFC, Amazon loses its shelf space at Target, and a publishing platform architect makes a strong argument for the end of ebooks.

Join us in celebrating International Day Against DRM

Trust your customers to do the right thing and you'll earn their business.

A DRM-free world is one where retailers will find it much harder to create a monopolistic position that locks you into their device or format.

Amazon does a happy dance as five of the Big Six publishers and Apple are sued by the DoJ. Elsewhere, Yahoo looks to increase revenues with ebook ads, and B&N lights up its Nook.

The sorry state of ebook samples, and four ways to improve them

A good ebook sample can turn a browser into a buyer.

Joe Wikert: "My gut tells me the revenue missed by not converting samples into sales is a much larger figure than the revenue lost to piracy. And yet, the publishing industry spends a small fortune every year in DRM but treats samples as an afterthought."

The FAA looks at passenger gadget use, Joe Wikert digs deep into data, and PEW reports on news.

Airline passengers in the U.S. may soon be allowed to use ereaders and tablets during takeoff and landing. In other news, O'Reilly's Joe Wikert reveals the power of direct sales, and the key phrase for news is "mobile."