An IPO by any other name

Going public with a special ticker symbol, and the companies that went before. 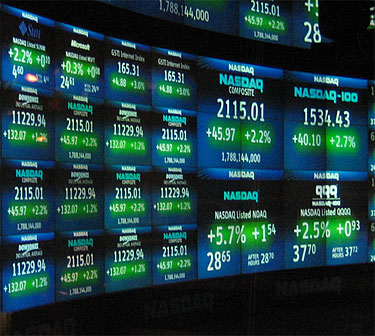 When Tableau goes public this summer, its shares will trade on NASDAQ under the apt ticker symbol “DATA.” Tickers are arguably less important now than they’ve ever been, since computers have removed much of the ambiguity they’re meant to resolve, but an interesting ticker symbol always stirs my fascination with corporate archaeology.

Some executives see prestige in quirky ticker symbols, or those that are just one letter long, and the exchanges take advantage of that to attract listings. It was rumored, for instance, that the New York Stock Exchange was reserving “M” and “I” for Microsoft and Intel, respectively, should they ever decide to ditch NASDAQ, and it finally gave up M in 2007 when Federated Department Stores re-listed itself as Macy’s. Since then, the exchanges have fallen over themselves to list tech companies, and NASDAQ and the New York Stock Exchange have handed over “Z” to Zillow and “P” to Pandora.

But the list of single-letter ticker symbols is strikingly Ozymandian. Two letters ahead of Zillow, and only about 43% larger by valuation, is United States Steel, the biggest corporation in the world at its founding by J.P. Morgan in 1901, but marginal enough 90 years later that it was removed from the Dow Jones Industrial Average.

At “Y” on the New York Stock Exchange is Alleghany Corp., today a smallish insurance firm, but at one time a swashbuckling holding company that controlled almost a fifth of the U.S. railway network, including the Chesapeake & Ohio and the New York Central, one of the country’s biggest, which it won in a dramatic proxy battle. It was a proto-conglomerate in the eventual mold of ITT and Gulf+Western, and in the middle of the 20th century it did as many railroad companies, and got the hell out of the railroad business. Its ancillary investments, after a few acquisitions and divestments, added up to an insurance business. (When, in 1970, Penn Central Transportation filed for the biggest bankruptcy to date, its parent company similarly survived and held an insurance business alongside some of the railroad’s real estate. Its successor company, American Premier Underwriters, continued to own New York’s Grand Central Terminal and the air rights above its tracks, leasing them to New York’s Metropolitan Transportation Authority, until 2006 when it sold them to a group of real-estate investors.)

I thought of closing this post by clarifying that I don’t wish the fate of U.S. Steel and Alleghany on Tableau and Zillow, but a century of existence for any company is a remarkable achievement, particularly for one that came about at a high point in investor enthusiasm for its industry.

The Meat to Math ratio

The ability to augment people (meat) with data and processes (math) is a key to success.

Successful companies find ways to augment their employees, allowing them to operate at scale with customers. Big data, machine learning, and an iterative, experimental mindset are essential — and increasingly, company valuations are tied to the efficiency with which firms put information to work.