Supercomputing on the cheap with Parallella

Packing impressive supercomputing power inside a small credit card-sized board running Ubuntu, Adapteva‘s $99 ARM-based Parallella system includes the unique Ephiphany numerical accelerator that promises to unleash industrial strength parallel processing on the desktop at a rock-bottom price. The Massachusetts-based startup recently ran a successfully funded Kickstarter campaign and gained widespread attention only to run into a few roadblocks along the way. Now, with their setbacks behind them, Adapteva is slated to deliver its first units mid-December 2013, with volume shipping in the following months.

What makes the Parallella board so exciting is that it breaks new ground: imagine an Open Source Hardware board, powered by just a few Watts of juice, delivering 90 GFLOPS of number crunching. Combine this with the possibility of clustering multiple boards, and suddenly the picture of an exceedingly affordable desktop supercomputer emerges.

This review looks in-depth at a pre-release prototype board (so-called Generation Zero, a development run of 50 units), giving you a pretty complete overview of what the finished board will look like.

END_OF_DOCUMENT_TOKEN_TO_BE_REPLACED

3D printing from your fingertips

The 3Doodler is tapping a new market: People who want a 3D printer but can't afford one.

The 3Doodler is a 3D printer, but it’s a pen. This takes 3D printing and turns it on its head.

In fact the 3Doodler rejects quite a lot of what most people would consider necessary for it to be called a 3D printer. There is no three-axis control. There is no software. You can’t download a design and print an object. It strips 3D printing back to basics.

What there is, what it allows you to do, is make things. This is the history of printing going in reverse. It’s as if Gutenberg’s press was invented first, and then somebody came along afterwards and invented the fountain pen. END_OF_DOCUMENT_TOKEN_TO_BE_REPLACED 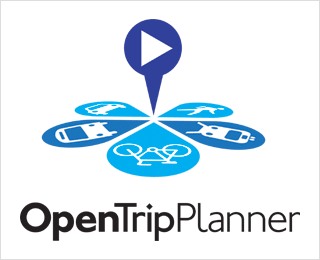 END_OF_DOCUMENT_TOKEN_TO_BE_REPLACED

Smart notebooks for linking virtual teams across the net

Who has the gumption to jump into the crowded market for collaboration tools and call for a comprehensive open source implementation? Perhaps just Miles Fidelman, a networking expert whose experience spans time with Bolt, Beranek and Newman, work on military command and control systems, a community networking non-profit called the Center for Civic Networking, and building a small hosting company.

Miles, whom I’ve known for years and consider a mentor in the field of networking, recently started a Kickstarter project called Smart Notebooks. Besides promising a free software implementation based on popular standards, he believes his vision for a collaboration environment will work the way people naturally work together — not how some vendor thinks they should work, as so many tools have done. 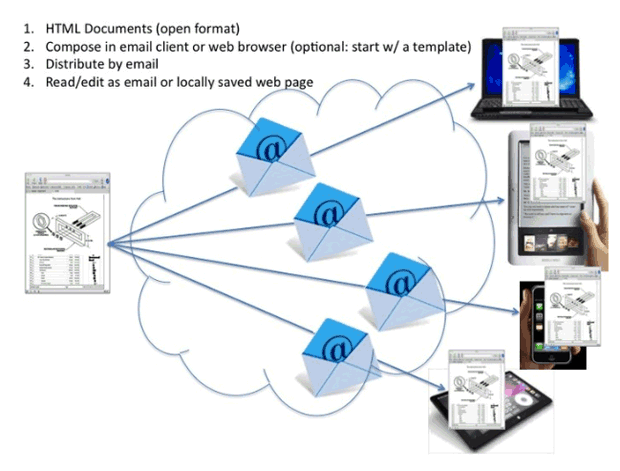 A screenshot from the Smart Notebooks project

Miles’ concept of Smart Notebooks is shared documents that stay synchronized across the net. Each person has his or her own copy of a document, but they “talk to each other” using a peer-to-peer protocol. Edit your copy, and everyone else sees the change on their copy. Unlike email attachments, there’s no need to search for the most recent copy of document. Unlike a Google Doc, everyone has their own copy, allowing for private notes and working offline. All of this will be done using standard web browsers, email, and RSS: no new software to install, no walled-garden services, and no accounts to configure on services running in the cloud.

END_OF_DOCUMENT_TOKEN_TO_BE_REPLACED

On co-creation, contests and crowdsourcing

A portrait of a design contest and what it says about the future of co-creation.

I had decided to update the branding at one of my companies, and that meant re-thinking my logo.

The creative exercise started with a logo design contest posting at 99designs, an online marketplace for crowdsourced graphic design.

When it was all done, I had been enveloped by an epic wave of 200 designs from 38 different designers.

It was a flash mob, a virtual meetup constructed for the express purpose of creating a new logo. The system itself was relatively lean, providing just enough “framing” to facilitate rapid iteration, where lots of derivative ideas could be presented, shaped and then re-shaped again.

The bottom line is that based on the primary goal of designing a new logo, I can say without hesitation that the model works.

Not only did the end product manifest as I hoped it would (see below), but the goodness of real-time engagement was intensely stimulating and richly illuminating. At one point, I was maintaining 10 separate conversations with designers spread across the Americas, Asia and Europe. Talk about parallelizing the creative process.

In the end, the project yielded eight worthy logo designs and not one but two contest winners! It was the creative equivalent of a Chakra experience: cathartic, artistic and outcome-driven at the same time.