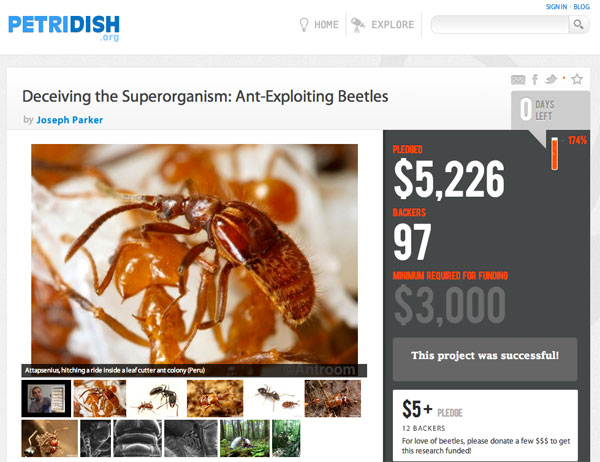 END_OF_DOCUMENT_TOKEN_TO_BE_REPLACED

Science as a service

What happens when you apply software-as-a-service principles to science?

Software as a service (SaaS) is one of the great innovations of Web 2.0. SaaS enables flexibility and customized solutions. It reduces costs — the cost of entry, the cost of overhead, and as a result, the cost of experimentation. In doing so, it’s been instrumental in spurring innovation.

So, what if you were to apply the principles of SaaS to science? Perhaps we can facilitate scientific progress by streamlining the process. Science as a service (SciAAS?) will enable researchers to save time and money without compromising quality. Making specialized resources and institutional expertise available for hire gives researchers more flexibility. Core facilities that own equipment can rent it out during down time, helping to reduce their own costs. The promise of science as a service is a future in which research is more efficient, creative, and collaborative. END_OF_DOCUMENT_TOKEN_TO_BE_REPLACED

Over on the O'Reilly Labs blog, Keith Fahlgren talks about the latest title to go live in our Open Feedback Publishing System, which gives authors and readers a way to discuss a book while it's being written. The latest book, Building iPhone Apps with HTML, CSS, and JavaScript, also features a very nice upgrade to the system's CSS (its look-and-feel)….

Keeping with the "labs" theme for recent posts, via a tweet from George Walkley: Lots of talk about devices at TOC – now just saw this, Android + e-ink http://vimeo.com/3162590 #toc The guys at MOTO labs have hacked together a prototype showing Google's Android operating system running on an e-ink display: Android Meets E Ink from MOTO Development Group on…

Update: There are now 400+ shiny DRM-free EPUB books from O'Reilly if you want to give Bookworm a test drive. Much of what's on our complete list with a green "E" next to it is available in EPUB and is Bookworm-friendly (the rest is just PDF for now, but you'll get the EPUB as a free update when it's available)….