A world of continous partial employment

Managers and workers benefit when both have access to data and control.

Request an invitation to Next:Economy, our event aiming to shed light on the transformation in the nature of work now being driven by algorithms, big data, robotics, and the on-demand economy.

Our future workplaces are increasingly managed by apps and algorithms. Is technology empowering workers, or making them ever more helpless cogs in a corporate profit machine?

When we talk about the “on-demand economy,” we are really talking about two things: the ability of a consumer to summon a vehicle, their lunch, or their groceries with the touch of an app or a few words to Siri, Cortana, or Google Now; and the lives of the workers who respond to those summons. Instant on-demand consumer services mean workers must also be available on demand.

As Logan Green of Lyft noted, his company provides “transportation as a service.” Perhaps the more general point is that it provides labor as a service. At least for now, the car comes with a driver.

Companies such as Lyft, Uber, TaskRabbit, Postmates, Upwork (and too many other new startups to count) all depend on a large pool of workers who make no set work commitments, who are bound to no schedule, but simply turn on an app when they want to work, and compete with other workers for whatever jobs are available.

These apps have gotten a lot of attention. But focusing that attention merely on “Next Economy companies” misses many of the deeper changes in the labor economy.

END_OF_DOCUMENT_TOKEN_TO_BE_REPLACED

Lead with merit and be rewarded with success

Michael Lopp on the concept of merit badges for leaders.

Attend Cultivate, September 28 to 29 in New York, NY. Cultivate is our conference looking at the challenges facing modern management and aiming to train a new generation of business leaders who understand the relationship between corporate culture and corporate prosperity.

At our Cultivate conference in July, Michael Lopp had a fantastic session on “Leadership: By the Numbers,” which was a bit like leadership fundamentals that you may have forgotten or never knew. However, he also had a few slides in his presentation that were meant to be a brief tangent from his primary talk, but they grabbed my attention immediately. Lopp always has fantastic stories and pearls of wisdom from the hard-won experiences in his career like “Busy is a bug, not a feature.” But before he launched into his “Vegetable Talk” on how being a good manager is really basic—like vegetables—he explored the idea of having merit badges for leaders. END_OF_DOCUMENT_TOKEN_TO_BE_REPLACED

Building the next generation of leaders, for any size organization.

Register now for Cultivate NY, which will be co-located with Strata + Hadoop World NY, September 28 and 29, 2015.

At our recent Cultivate event in Portland, O’Reilly and our partnering sponsor New Relic brought together 10 speakers and more than 100 attendees to learn about corporate culture and leadership. Three themes emerged: diversity, values, and leading through humility.

Almost every speaker talked about the importance of diversity in the workplace. That’s important at a time when “maintaining corporate culture” often means building a group that’s reminiscent of a college frat house. It’s well established that diverse groups, groups that include different kinds of people, different experiences, and different ways of thinking, perform better. As Michael Lopp said at the event, “Diversity is a no-brainer.” We’re not aiming for tribal uniformity, but as Mary Yoko Brannen noted at the outset, sharing knowledge across different groups with different expectations. No organization can afford to remain monochromatic, but in a diverse organization, you have to be aware of how others differ. In particular, Karla Monterroso showed us that you need to realize when — and why — others feel threatened. When you do, you are in a much better position to build better products, to respond to changes in your market, and to use the talent in your organization effectively. END_OF_DOCUMENT_TOKEN_TO_BE_REPLACED

To suit or not to suit?

At Cultivate, we'll address the issues really facing management: how to deal with human problems.

Attend Cultivate July 20 and 21, in Portland, Oregon, which will be co-located with our OSCON Conference. Cultivate is our event looking at the challenges facing modern management and aiming to train a new generation of business leaders who understand the relationship between corporate culture and corporate prosperity. 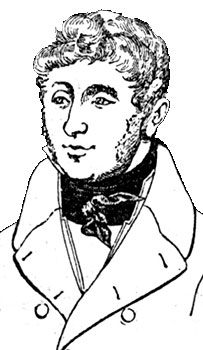 What does it take to become a manager? According to one article, you should buy a suit. And think about whether you want to be a manager in the first place. You’re probably being paid better as a programmer. Maybe you should get an MBA. At night school. And take a Myers-Briggs test.

There are better ways to think about management. Cultivate won’t tell you how to become a manager, or even whether you should; that’s ultimately a personal decision. We will discuss the issues that are really facing management: issues that are important whether you are already managing, are looking forward to managing, or just want to have a positive impact on your company.

Management isn’t about technical issues; it’s about human issues, and we’ll be discussing how to deal with human problems. How do you debug your team when its members aren’t working well together? How do you exercise leadership effectively? How do you create environments where everyone’s contribution is valued?

These are the issues that everyone involved with the leadership of a high-performance organization has to deal with. They’re inescapable. And as companies come under increasing pressure because of ever-faster product cycles, difficulty hiring and retaining excellent employees, customer demand for designs that take their needs into account, and more, these issues will become even more important. We’ve built Cultivate around the cultural changes organizations will need to thrive — and in many cases, survive — in this environment. END_OF_DOCUMENT_TOKEN_TO_BE_REPLACED

It's easy to talk about eliminating hierarchy; it's much harder to do it effectively.

Attend Cultivate July 20 and 21, in Portland, Oregon, which will be co-located with our OSCON Conference. Cultivate is our event looking at the challenges facing modern management and aiming to train a new generation of business leaders who understand the relationship between corporate culture and corporate prosperity.

Do companies need a managerial class? The idea of a future without management takes many forms, some more sophisticated than others; but at their most basic, the proposals center around flattening organizational structure. Companies can succeed without managers and without grunts. Employees are empowered to find something useful to do and then do it, making their own decisions along the way. That vision of the future is gaining momentum, and a few businesses are taking the fairly radical step of taking their companies flat.

The game developer Valve‘s employee handbook is outspoken in its rejection of traditional corporate hierarchy. There is no management class. Teams self-organize around specific tasks; when the task is done, the team disappears and its members find new tasks. All the office furniture has wheels, so groups can self-organize at a moment’s notice. Employees rate each other, producing a ranking that is used to determine salaries.

More recently, Zappos and Medium have been in the news for adopting similar (though apparently more formalized) practices, under the name “holacracy.”

There’s a lot to like about this model, but I also have concerns. I’m no friend to hierarchy, but if I’ve seen one thing repeatedly in my near-60 years, it’s that you frequently are what you reject. By rejecting something, whether it’s hierarchy, lust for power, wealth, whatever, you make it very difficult to be self-critical. You don’t change yourself; instead, you turn what you dislike most about yourself into your blind spot. END_OF_DOCUMENT_TOKEN_TO_BE_REPLACED