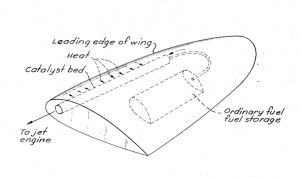 As odd as this mindset seems to me now, it was a mindset I adopted explicitly at the time, and held onto implicitly for a long time after. That evening must have been important to me because I resolved then to patent some of my ideas some day. Years later in my career, when I was working for a small consulting firm, I started making patent applications with my colleagues. END_OF_DOCUMENT_TOKEN_TO_BE_REPLACED

Developer Week in Review: A big moment for Kinect?

Microsoft thinks the Kinect has a bright future with the PC. Elsewhere, we have a new contender for worst software patent ever, and the mayor of New York City wants to get his geek on.

Win8 for free, Google throws a Dart, and Congress whiffs on patent reform.

Microsoft changes tack on a Windows 8 alpha, Google is darting away from JavaScript, and the great Patent Reform of 2011 reforms little.

We've been waiting for months, but the iPhone 5 is still getting ready. Elsewhere, Google lends HTC some ammo for the patent wars, and the Makers will soon gather in New York.

Developer Week in Review: Buying a lawsuit with an in-app purchase

In-app purchasing called into question, Mono moves on, and you've got new perl.

This week Apple's iOS developer community got a patent wake up call, the recently discarded Mono project found a new home, and a favorite scripting language got a new version.