Register for Strata + Hadoop World NYC, which will take place September 29 to Oct 1, 2015.

A few months ago, I noted the resurgence in interest in large-scale stream-processing tools and real-time applications. Interest remains strong, and if anything, I’ve noticed growth in the number of companies wanting to understand how they can leverage the growing number of tools and learning resources to build intelligent, real-time products.

This is something we’ve observed using many metrics, including product sales, the number of submissions to our conferences, and the traffic to Radar and newsletter articles.

As we looked at putting together the program for Strata + Hadoop World NYC, we were excited to see a large number of compelling proposals on these topics. To that end, I’m pleased to highlight a strong collection of sessions on real-time processing and applications coming up at the event. END_OF_DOCUMENT_TOKEN_TO_BE_REPLACED 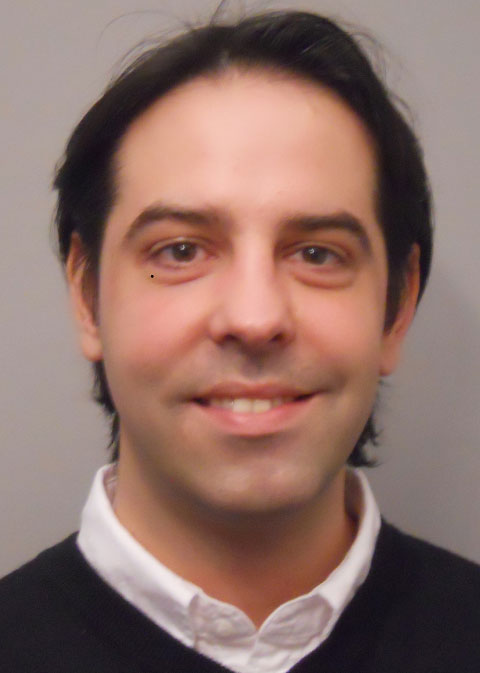 VoltDB’s in-memory distributed database provides transactions at streaming speed in a fast environment. It can support millions of small transactions per second. It also allows streaming aggregation and fast counters over incoming data. These attributes allowed us to develop a real-time analytics layer on top of VoltDB. END_OF_DOCUMENT_TOKEN_TO_BE_REPLACED

How browsers get to know you in milliseconds

Behind the scenes of a real-time ad auction on the web.

A small technological marvel occurs on almost every visit to a web page. In the seconds that elapse between the user’s click and the display of the page, an ad auction takes place in which hundreds of bidders gather whatever information they can get on the user, determine which ads are likely to be of interest, place bids, and transmit the winning ad to be placed in the page.

How can all that happen in approximately 100 milliseconds? Let’s explore the timeline and find out what goes on behind the scenes in a modern ad auction. Most of the information I have comes from two companies that handle different stages of the auction: the ad exchange AppNexus and the demand side platform Yashi. Both store critical data in an Aerospike database running on flash to achieve sub-second speeds.

END_OF_DOCUMENT_TOKEN_TO_BE_REPLACED

A new report describes an imminent shift in real-time applications and the data architecture they require.

The era is here: we’re starting to see computers making decisions that people used to make, through a combination of historical and real-time data. These streams of data come together in applications that answer questions like:

Such decisions require the real-time collection of data from the particular user or device, along with others in the environment, and often need to be done on a per-person or per-event basis. For instance, leaderboarding (determining who is top candidate among a group of users, based on some criteria) requires a database that tracks all the relevant users. Such a database nowadays often resides in memory. END_OF_DOCUMENT_TOKEN_TO_BE_REPLACED

The Internet of Things allows for real-time data monitoring, which is crucial to regulatory reform.

One under-appreciated aspect of the changing relationship between the material world and software is that material goods can and will fail — sometimes with terrible consequences.

What if government regulations were web-based and mandated inclusion of Internet-of-Things technology that could actually stop a material failure, such as a pipeline rupture or automotive failure, while it was in its earliest stages and hadn’t caused harm? Even more dramatically, what if regulations could even prevent failures from happening at all?

With such a system, we could avoid or minimize disasters — from Malaysia Airlines Flight 370’s disappearance to the auto-safety debacles at GM to a possible leak if the Keystone XL pipeline is built — while the companies using this technology could simultaneously benefit in a variety of profitable ways. END_OF_DOCUMENT_TOKEN_TO_BE_REPLACED

END_OF_DOCUMENT_TOKEN_TO_BE_REPLACED

Broadening the value of the industrial Internet

Remote monitoring appeals to management, but good applications create value for those being monitored as well.

The industrial Internet makes data available at levels of frequency, accuracy and breadth that managers have never seen before, and the great promise of this data is that it will enable improvements to the big networks from which it flows. Huge systems can be optimized by taking into account the status of every component in real time; failures can be preempted; deteriorating performance can be detected and corrected.

But some of this intelligence can be a hard sell to those being monitored and measured, who worry that hard-learned discretion might be overridden by an engineer’s idealistic notion of how things should work. In professional settings, workers worry about loss of agency, and they imagine that they’ll be micro-managed on any minor variation from normal. Consumers worry about loss of privacy.

The best applications of the industrial Internet handle this conflict by generating value for those being monitored as well as those doing the monitoring — whether by giving workers the information they need to improve the metrics that their managers see, or by giving consumers more data to make better decisions.

Fort Collins (Colo.) Utilities, for instance, expects to recoup its $36 million investment in advanced meters in 11 years through operational savings. The meters obviate the need for meter readers, and the massive amounts of data they produce is useful for detecting power failures and predicting when transformers will need to be replaced before a damaging explosion occurs. END_OF_DOCUMENT_TOKEN_TO_BE_REPLACED

AWS Redshift and BitYota launch, big data's problems could shift to real time, and NYPD may be crossing a line with cellphone records.

Amazon announced the beta launch of its Amazon Web Services data warehouse service Amazon Redshift this week. Paul Sawers at The Next Web reports that Amazon hopes to democratize data warehousing services, offering affordable options to make such services viable for small businesses while enticing large companies with cheaper alternatives. Depending on the service plan, customers can launch Redshift clusters scaling to more than a petabyte for less than $1,000 per terabyte per year.

So far, the service has drawn in some big players — Sawers notes that the initial private beta has more than 20 customers, including NASA/JPL, Netflix, and Flipboard.

Brian Proffitt at ReadWrite took an in-depth look at the service, noting its potential speed capabilities and the importance of its architecture. Proffitt writes that Redshift’s massively parallel processing (MPP) architecture “means that unlike Hadoop, where data just sits cheaply waiting to be batch processed, data stored in Redshift can be worked on fast — fast enough for even transactional work.”

Proffitt also notes that Redshift isn’t without its red flags, pointing out that a public cloud service not only raises issues of data security, but of the cost of data access — the bandwidth costs of transferring data back and forth. He also raises concerns that this service may play into Amazon’s typical business model of luring customers into its ecosystem bits at a time. Proffitt writes:

“If you have been keeping your data and applications local, shifting to Redshift could also mean shifting your applications to some other part of the AWS ecosystem as well, just to keep the latency times and bandwidth costs reasonable. In some ways, Redshift may be the AWS equivalent of putting the milk in the back of the grocery store.”

In related news, startup BitYota also launched a data warehousing service this week. Larry Dignan reports at ZDNet that BitYota is built on a cloud infrastructure and uses SQL technology, and that service plans will start at $1,500 per month for 500GB of data. As to competition with AWS Redshift, BitYota co-founder and CEO Dev Patel told Dignan that it’s a non-issue: “[Redshift is] not a competitor to us. Amazon is taking the traditional data warehouse and making it available. We focus on a SaaS approach where the hardware layer is abstracted away,” he said.

END_OF_DOCUMENT_TOKEN_TO_BE_REPLACED

An ecommerce startup aims to understand real-time consumer intent, a 350-year-old post office embraces mobile, and mobile wallets could disrupt brick-and-mortar banks. (Commerce Weekly is produced as part of a partnership between O'Reilly and PayPal.)