How companies are using Spark

When an interesting piece of big data technology gets introduced, early1 adopters tend to focus on technical features and capabilities. Applications get built as companies develop confidence that it’s reliable and that it really scales to large data volumes. That seems to be where Spark is today. With over 90 contributors from 25 companies, it has one of the largest developer communities among big data projects (second only to Hadoop MapReduce). 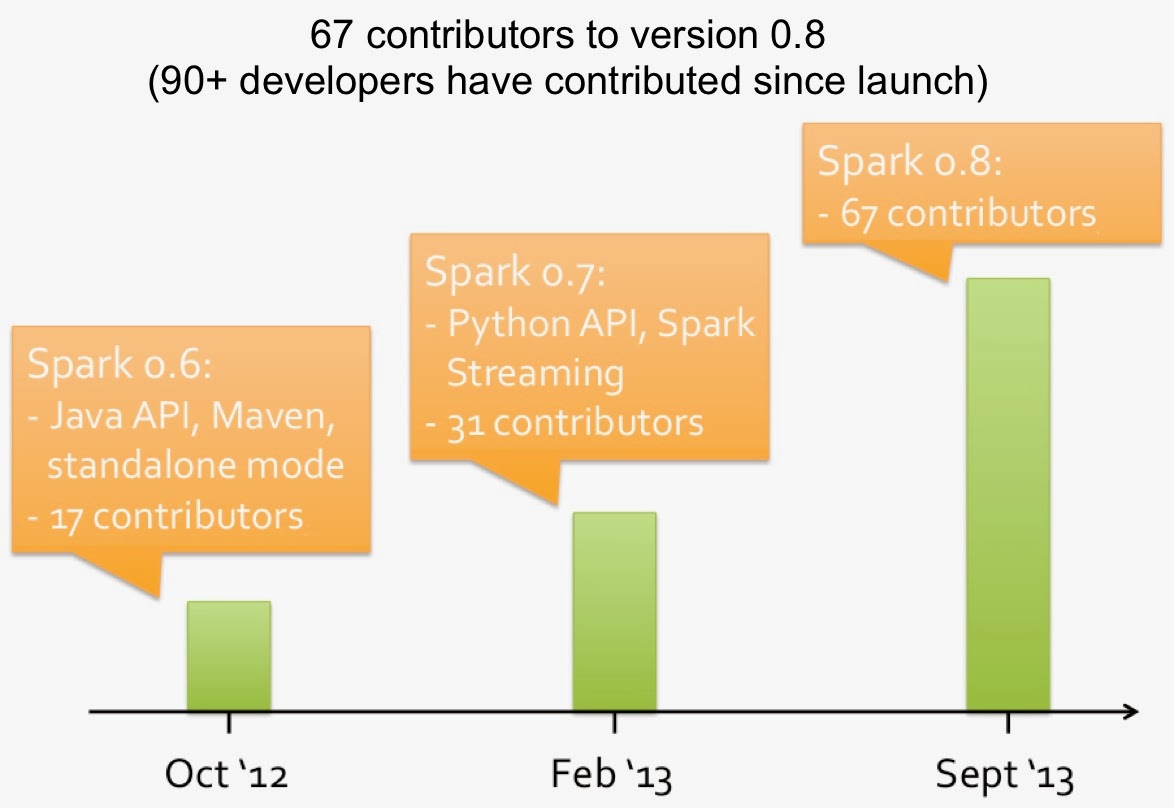 I recently became an advisor to Databricks (a startup commercializing Spark) and a member of the program committee for the inaugural Spark Summit. As I pored over submissions to Spark’s first community gathering, I learned how companies have come to rely on Spark, Shark, and other components of the Berkeley Data Analytics Stack (BDAS). Spark is at that stage where companies are deploying it, and the upcoming Spark Summit in San Francisco will showcase many real-world applications. These applications cut across many domains including advertising, marketing, finance, and academic/scientific research, but can generally be grouped into the following categories:

END_OF_DOCUMENT_TOKEN_TO_BE_REPLACED

Tools for unlocking big data continue to get simpler

Here are a few observations based on conversations I had during the just concluded Strata NYC conference.

Interactive query analysis on Hadoop remains a hot area
A recent O’Reilly survey confirmed SQL is an important skill for data scientists. A year after the launch of Impala, quite a few attendees I spoke with remained interested in the progress of SQL-on-Hadoop solutions. A trio from Hortonworks gave an update on recent improvements and changes to Hive1. A sign that Impala is gaining traction, Greg Rahn’s talk on Practical Performance Tuning for Impala was one of the best attended sessions in the conference. Ditto for a sponsored session on Kognitio’s latest features.

Empowering business users
With its launch at the conference, ClearStory joins Platfora and Datameer in the business analytics space. Each company builds tools that lets business users wade through large amounts of data, while emphasizing different areas. Platfora is for interactive visual analysis of massive data sets, while Datameer connects to many data sources (not just Hadoop), has started offering analytics, and can run on a laptop or cluster. Built primarily on the Berkeley stack (BDAS), ClearStory’s interesting platform encourages collaboration and simplifies data harmonization (fusing disparate data sources is a common bottleneck for business users). For organizations willing to tag and describe their data sets, Microsoft unveiled a tool that lets users query data using natural language (UK startup NeutrinoBI uses a similar “search interface”).

END_OF_DOCUMENT_TOKEN_TO_BE_REPLACED

Big Data and Advertising: In the trenches

Volume, variety, velocity, and a rare peek inside sponsored search advertising at Google

The $35B merger of Omnicom and Publicis put the convergence of Big Data and Advertising1 in the front pages of business publications. Adtech2 companies have long been at the forefront of many data technologies, strategies, and techniques. By now it’s well-known that many impressive large scale, realtime analytics systems in production, support3 advertising. A lot of effort has gone towards accurately predicting and measuring click-through rates, so at least for online advertising, data scientists and data engineers have gone a long way towards addressing4 the famous “but we don’t know which half” line.

The industry has its share of problems: privacy & creepiness come to mind, and like other technology sectors adtech has its share of “interesting” patent filings (see for example here, here, here). With so many companies dependent on online advertising, some have lamented the industry’s hold5 on data scientists. But online advertising does offer data scientists and data engineers lots of interesting technical problems to work on, many of which involve the deployment (and creation) of open source tools for massive amounts of data.