Is it in the bits or atoms?

I spent Wednesday at Penn Medicine’s Connected Health event in Philadelphia. We saw an array of technologies that wouldn’t even have been imaginable when I came into this world. Mobile telepresence systems, tele surgery, the ability to remotely detect depression with merely a phone and its analysis, real-time remote glucose monitoring, and on and on.

But nothing in technology surprises me anymore. I have Meh’monia, a condition wherein all of the magic and surprise has been drained out of technology, probably by Apple. Today I expect anything that can be imagined to be possible, available, and to be executed beautifully.

A tiny but powerful computer in my pocket with greater than VGA screen resolution? Meh. Glasses with interactive heads up display? I’ll take the designer version. Hall-roaming robots that bring me my meds and let me make video calls to my family? I saw that on the Jetsons.

On my way home I dropped in at the Penn Museum and spent an hour roaming the collection. Two days later the magic I’m still thinking about is the magic in those galleries. Atoms arranged with human intellect (and vast amounts of human labor) into form with awe-inspiring scale and beauty. Many of the objects on display left me transfixed. 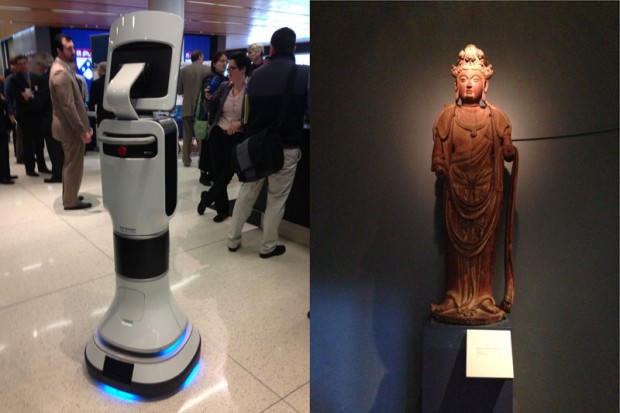 I can believe that almost anything can be designed and manufactured in modern facilities with modern methods, but the idea of a perfect 50-pound crystal sphere emerging from a piece of rock with nothing but years of hand labor seems like magic to modern me. As does a 12-ton sphinx of red granite that was quarried 600 miles from where it was carved.

The technology of our virtual world, which until very recently inspired such a sense of magic in me, has become the every day. And for me at least, those artifacts of a previous physical world now seem like the work of ancient magicians.

Steve Jobs, the Unabomber, and America's love/hate relationship with technology

Technological schizophrenia is an American tradition.

Steve Jobs and Ted Kaczynski represent the extreme poles of a deep-seated ambivalence in our attitudes toward technology. It's an ambivalence that's been a part of American history, and part of the American psyche, since the beginning.

A new survey released released this week by the Pew Research Center's Internet and Life Project shed new light on the role of the Internet as a platform for collective action. A panel at the State of the Internet Conference discussed the findings, driving home the increasing integration of our online and offline lives.