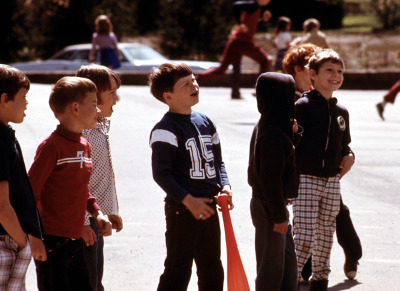 The fact is that we’re fumbling toward the adolescence of big data tools, and we’re at an early stage of understanding how data can be used to create value and increase the quality of service people receive from government, business and health care. Big data is trumpeted in mainstream media, but many businesses are better advised to take baby steps with small data.
END_OF_DOCUMENT_TOKEN_TO_BE_REPLACED

On the importance of imagination in data science

According to Amy Heineike, the Director of Mathematics at Quid, there’s nothing like having a fresh dataset in R and knowing how to use it. “You can add a few lines of code and discover all kinds of interesting information,” Heineike says. “One question leads to another, you get into a flow, and you can have an amazing exploration.”

Heineike started working with data several years ago at a consultancy in London, where “playing around” with data shed light on the impact of social networks on government policies. Part of her job was figuring out what types of data to use in order to find solutions to crucial problems, from public transportation to obesity. Her day-to-day work at Quid entails working with new data sets, prototyping analytics, and collaborating with an engineering team to improve data analysis and bring products into production.

END_OF_DOCUMENT_TOKEN_TO_BE_REPLACED

Yogi Saxena is not one to back down from a challenge. The distance runner ran in his first marathon just two years ago in order to win a bet. Next month, he competes in another grueling marathon, his third. And if that were not enough, a friend’s Facebook post inspired him to train for a sprint triathalon. “I taught myself to swim when I was young,” Saxena says, revealing that his drive to learn new skills started early. “And if it wasn’t for the swim part, I’d have done an Olympic-distance triathlon instead.”

Saxena’s love of mastering new challenges is likely responsible for his decision to pursue data science as a second profession, after having a successful career as an electrical engineer. Currently at Boeing, he is responsible for developing a tool that would help visualize feeds from various classified and non-classified sources.

He is profiled here as part of the Strata community profiles.

END_OF_DOCUMENT_TOKEN_TO_BE_REPLACED

Preview of upcoming session at the Strata Conference

I’m talking on Wednesday at Strata about Tips and Tricks for Debugging Distributed Systems. You should come check it out.

As a preview, let’s talk about two pretty pictures.

I’m running some typical distributed systems (HDFS, MapReduce, Impala, HBase, Zookeeper) on a small, seven-node cluster. The diagram above has individual processes and the TCP connections they’ve established to each other. Some processes are “masters” and they end up talking to many other processes.

END_OF_DOCUMENT_TOKEN_TO_BE_REPLACED

Preview of an upcoming session at Strata Santa Clara

In many modern web and big data applications the data arrives in a streaming fashion and needs to be processed on the fly. In these applications, the data is usually too large to fit in main memory, and the computations need to be done incrementally upon arrival of new pieces of data. Sketching techniques allow these applications to be realized with high levels of efficiency in memory, computation, and network communications.

In the algorithms research community, sketching techniques first appeared in the literature in 1980s, e.g., in the seminal work of Philippe Flajolet and G. Nigel Martin, then caught attentions in late 1990s, partially inspired by the award-winning work of Noga Alon, Yossi Matias, and Mario Szegedy, and were/are on fire in 2000’s/2010’s, when sketches got successfully designed not only for fundamental problems such as heavy hitters, but also for matrix computations, network algorithms, and machine learning. These techniques are now at an inflection point in the course of their history, due to the following factors:

1. Untapped potential: Being so new, their huge practical potential has been yet barely tapped into.

2. Breadth and maturity: They are now both broad and mature enough to start to be widely used across a variety of big data applications, and even act as basic building blocks for new highly efficient big data management systems.

END_OF_DOCUMENT_TOKEN_TO_BE_REPLACED

Who do you trust? You are surrounded by bots.

Preview of upcoming session "Who is Fake?" at the Strata Conference

In the Matrix, the idea of a computer algorithm determining what we think may seemed far-fetched. Really? Far-fetched? Let’s look at some numbers.

About half of all Americans get their news in digital form. This news is written up by journalists, half of whom at least partially source their stories from social media. They use tools to harvest the real time knowledge of 100,000 tweets per second and more.

But what if someone could influence those tools and create messages that look as though they were part of a common consensus? Or create the appearance of trending?

END_OF_DOCUMENT_TOKEN_TO_BE_REPLACED

By Marck Vaisman and Sean Murphy

We will discuss anecdotes and best practices, and finish by presenting the results of a survey we conducted last year to help understand the varieties of people, skills, and experiences that fall under the broad term of “Data Scientist”. We analyzed data from over 250 survey respondents, and are excited to share our findings, which will also be published soon by O’Reilly.

END_OF_DOCUMENT_TOKEN_TO_BE_REPLACED

That’s it — I’m taking my data and going home

Russia’s railway gauge is different from Western Europe’s. At the border of the former Soviet states, the Russian gauge of 1.524m meets the European & American ‘Standard’ gauge of 1.435m. The reasons for this literal disconnect arise from discussions between the Tsar and his War Minister. When asked the most effective way to prevent Russia’s own rail lines being used against them in times of invasion, the Minister suggested a different gauge to prevent supply trains rolling through the border. The artifact of this decision remains visible today at all rail crossings between Poland and Belarus or Slovakia and Ukraine. The rail cars are jacked up at the border, new wheels inserted underneath, and the car lowered again. It is about a 2-4 hour time burn for each crossing.

Per head, per crossing, over 170 years, is a heck of a lot of resource wasted. But to change it would entail changing the rail stock of the entire country and realigning about 225,000 km (140,000 mi) of track.

Data suffers from a similar disconnect. It really wasn’t until the advent of XML 15 years ago that we had an agreed (but not entirely satisfactory) mechanism for storing arbitrary data structures outside the application layer. This is as much a commentary on our technical priorities as it is a social indictment. We are simply not good at playing with others when it comes to data.

END_OF_DOCUMENT_TOKEN_TO_BE_REPLACED

Big data systems are characterized by their flexibility in processing diverse data genres, such as transaction logs, connection graphs, and natural language text, with algorithms characterized by multiple communication patterns, e.g. scatter-gather, broadcast, multicast, pipelines, and bulk-synchronous. A single benchmark that characterizes a single workload could not be representative of such a multitude of use-cases. However, our systematic study of several use-cases of current big data platforms indicates that most workloads are composed of a common set of stages, which capture the variety of data genres and algorithms commonly used to implement most data-intensive end-to-end workloads. Our upcoming session at Strata SC discusses the BigData Top 100 List, a new community-based initiative for benchmarking big data systems.