Anytime is a good time to refactor your code.

Java 8 has a few new features which should help you write more dynamic code. Of course one of the big features was the addition of a lambda syntax. But what about some of the other features that were added? Here are a couple of things that I tell people to do in order to make their code more dynamic and more functional.

END_OF_DOCUMENT_TOKEN_TO_BE_REPLACED

In the last post in this series, we learned about functional interfaces and lambdas. In particular, we looked at the ITrade functional interface, and filtered a collection of trades to generate a specific value. Prior to the feature updates made available in Java 8, running bulky operations on collections at the same time was ineffective and often cumbersome. They were restricted from performing efficient parallel processing due to the inherent explicit iteration that was being used. There was no easy way of splitting a collection to apply a piece of functionality on individual elements that then ran on multi-core machine architectures — that is, until the addition of Java 8’s Streams API.

END_OF_DOCUMENT_TOKEN_TO_BE_REPLACED

At the most basic level, stream mining is about generating summaries that can be used to answer fundamental questions

A series of open source, distributed stream processing frameworks have become essential components in many big data technology stacks. Apache Storm remains the most popular, but promising new tools like Spark Streaming and Apache Samza are going to have their share of users. These tools excel at data processing and are also used for data mining – in many cases users have to write a bit of code1 to do stream mining. The good news is that easy-to-use stream mining libraries will likely emerge in the near future.

High volume data streams (data that arrive continuously) arise in many settings, including IT operations, sensors, and social media. What can one learn by looking at data one piece (or a few pieces) at a time? Can techniques that look at smaller representations of data streams be used to unlock their value? In this post, I’ll briefly summarize a recent overview given by stream mining pioneer Graham Cormode.

Generate Summaries
Massive amounts of data arriving at high velocity pose a challenge to data miners. At the most basic level, stream mining is about generating summaries that can be used to answer fundamental questions:

END_OF_DOCUMENT_TOKEN_TO_BE_REPLACED 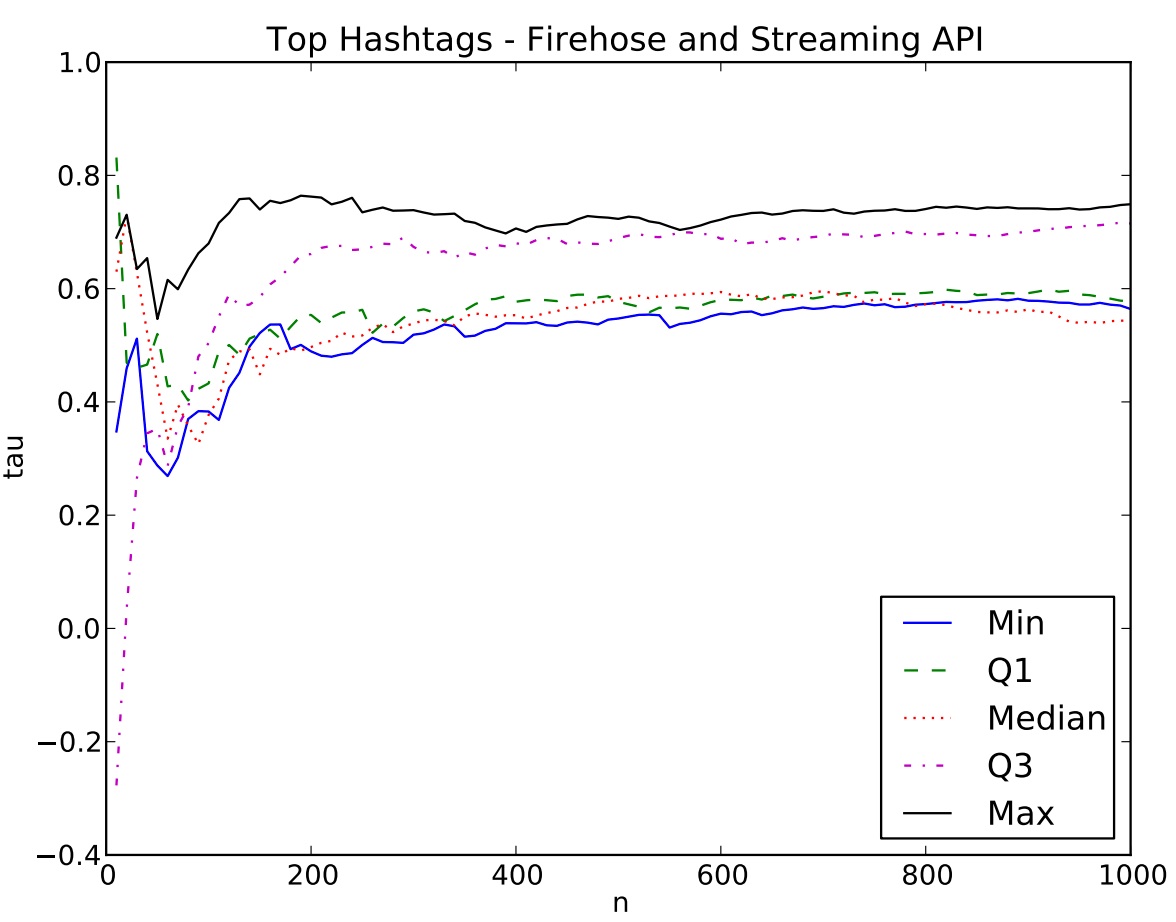