PHP's experiencing a renaissance, with improvements and new standards 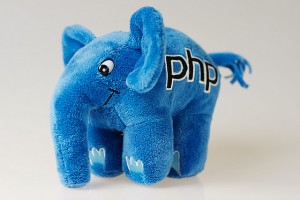 The programming language many love to hate is experiencing a renaissance. This is not your parents’ PHP. The new PHP is a more mature language with community standards, a growing affinity for interoperable components, and a passionate movement to improve performance. If you have bypassed PHP for alternative languages, or if you are a PHP veteran unaware of recent changes, you owe it to yourself to give PHP a second look.

PHP 5.5 (the latest stable build as of this writing) has made major progress from earlier versions. Recent PHP releases contain powerful new features and helpful developer tools, such as a built-in web server, generators for simpler iteration, and namespaces. With PHP 5.4, traits were introduced (a la Scala or Perl) to allow code reuse in single inheritance languages, as well as closures, which allow you to code PHP in a functional style. Other important features include the built-in FastCGI process manager and phpdbg debugger, and a new password hashing API that makes it easy to hash and securely manage passwords in PHP.

A few years ago, PHP had several large frameworks (e.g. CakePHP, CodeIgniter, and so on). Each framework was an island and provided its own implementation of features commonly found in other frameworks. Unfortunately, these insular implementations were likely not compatible with each other and forced developers to lock themselves in with a specific framework for a given project.

Today the story is different. The new PHP community uses package management and component libraries to mix and match the best available tools. I like to compare it to grocery shopping. If I need to consume a remote API, I’ll visit aisle 3 and pick up Guzzle. Do I need a request router? SymfonyRouting, AuraRouter, Slim, Pux, and nikic/fast-route are on aisle 4. You get the gist. The new PHP is about interoperable components using their comparative advantage to provide the best combination of ingredients for your project.

The easiest way to start using PHP components is to install the Composer package manager and start browsing the Packagist component repository.

The PHP Framework Interop Group (PHP-FIG for short) is an unofficial but authoritative group of framework developers and PHP community representatives whose goal is “to talk about the commonalities between our projects and find ways we can work together.” The PHP-FIG has passed four standards so far: PSR-0, PSR-1, PSR-2, and PSR-3. These standards propose file, class, and namespace conventions, code style guidelines, and a set of shared interfaces to encourage component and framework interoperability.

The PHP-FIG is by no means the law of the land, but its suggested standards are being adopted by many of the most popular PHP frameworks. Its goals are admirable, and it welcomes feedback. I highly encourage you to consider implementing the PHP-FIG standards in your PHP code and to submit feedback on future PHP-FIG proposals.

There are also exciting things happening with PHP under the hood, too. The PHP Zend Engine recently introduced memory usage optimizations. The memory usage in PHP 5.5 is far less than earlier versions. The PHP Zend Engine also provides a built-in FastCGI process manager that typically sits behind a reverse proxy (e.g. nginx) and will take of process spawning and management for you. This alleviates the need to embed new PHP instances in each Apache process using the Apache mod_php module.

Facebook has also made great progress on its alternative open-source PHP engine, the HipHop Virtual Machine (HHVM). HHVM uses a just-in-time compilation technique to provide incredible performance while still allowing the ease-of-use to which PHP developers are accustomed. Like the PHP Zend Engine, HHVM also includes FastCGI support. HHVM’s goal in early 2014 is to have 100% unit test pass for the top twenty PHP frameworks, and it recently announced a development roadmap for the next six months. Keep an eye on HHVM. I have a feeling it will drastically change the PHP landscape over the next few years.

Here are a few more resources to help you learn more about PHP.

Josh Lockhart is the creator of the Slim Framework for PHP. He also created and maintains PHP The Right Way, a popular initiative in the PHP community to encourage best practices and provide quality information. Josh Lockhart is a senior developer at New Media Campaigns, a full service web design, development, and marketing agency in Carrboro, North Carolina.

Find out more about the new PHP. Browse PHP ebooks and videos at shop.oreilly.com