For developers, the blockchain concept represents a paradigm shift in how software engineers will write software applications in the future, and it is one of the key concepts that needs to be well understood. We need to really understand five key concepts, and how they interrelate to one another in the context of this new computing paradigm that is unravelling in front of us: the blockchain, decentralized consensus, trusted computing, smart contracts, and proof of work/stake. This computing paradigm is important because it is a catalyst for the creation of decentralized applications, a next-step evolution from distributed computing architectural constructs. 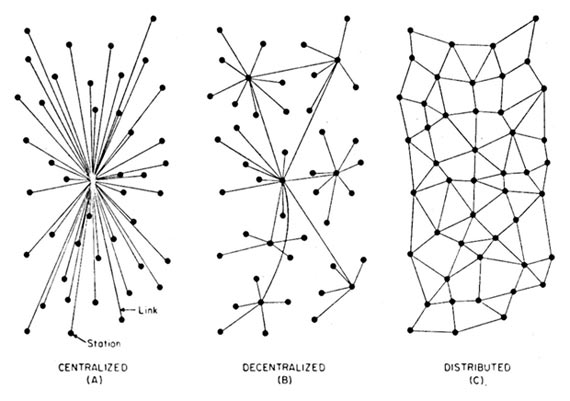 But this is not just a computing phenomena. Decentralized applications are going to enable a decentralization trend at the societal, legal, governance, and business levels because there is a race to decentralize everything and give power to the edge of the networks. So, let’s get ready to understand these concepts.

Edging toward a decentralized world

To that end, business leaders and visionaries will need to learn a new vocabulary around crypto-related frameworks. Developers need to learn how to write decentralized apps that are enabled by blockchain technology. And end-users need to learn how to create or use smart contracts, for example as depicted via the Mist browser vision (Ethereum), which is a mix of marketplace discovery, management dashboard, and creation platform, all-in-one.

We will need to see comprehensive development environments that support a full stack of capabilities and value-add components on top of the blockchain services and consensus engines.

The original bitcoin blockchain technology had limitations as we started to push its limits outside of money-related services and into the software applications realm, so we shouldn’t be surprised that the way forward is a world of multiple blockchains. Some of them will be working together, some competing with one another, and others just being benevolent to each other.

Decentralized apps will come in different flavors, sizes, and complexity levels, so we must be prepared for that variety, and we must see beyond the bitcoin promise to be the Internet of money, and into the blockchain’s promise to become a new development environment, just as web development was the new paradigm back in 1996.

But decentralized apps are not for everything, and not everything fits a decentralized app paradigm. However, there are a lot of applications that do fit the blockchain distributed paradigm, and that presents a good number of opportunities for developers, creators, and visionaries. Let’s call them “blockchain apps.”

The graph and table below illustrate these classifications, and I will narrate them, sequentially. The currency-related segment targets money transfers, payments, tips, or funding applications. The end-user typically goes to an exchange or uses their own wallet to conduct such transactions, benefiting from transaction cost reductions, speeds in settlements, and freedom from central intermediaries. Today’s exchanges are centralized, but it’s likely we’ll see another generation of decentralized trusted exchanges. And although the current bitcoin wallets today are “dumb” wallets, they could become smarter, via an ability to launch smart contracts.

Pegged services to the blockchain represent an interesting segment because these apps utilize the blockchain’s atomic unit, which is a “value store” capability, but they also build on top of that with their unique off-chain services. For example, decentralized identity or decentralized ownership is a horizontal blockchain service, but it can be applied to any other vertical segments, such as for videos, music, or photography, just to name a few.

Smart contracts are small programs or scripts that run on a blockchain and govern legal or contractual terms on their own. They represent a simple form of decentralization. They will become available in a variety of application areas, such as for wagers, family trusts, escrow, time stamping, proofs of work delivery, etc. In essence, they are about moving certain assets or value from one owner to another, based on some condition or event, between people or things. Smart contracts represent an “intermediate state” between parties, and we will trust these smart programs to verify and take action based on the logic behind these state changes.

Legal issues aside, a Distributed Autonomous Organization is “kind of” incorporated on the blockchain because its governance is very dependent on the end-users who are part-owners, part-users, and part-nodes on that decentralized network. Key aspects of a DAO are that each user is also a “worker,” and by virtue of their “work,” they contribute to the value appreciation of the DAO via their collective participation or activity levels. Arguably, bitcoin itself is the “uber DAO.”

There may be more categories, but that’s how I’m seeing them today. The examples given are only a sample. Regardless, for each segment, there’s a simple question in a user’s mind: “What is the benefit to me?”, and “Why should I participate?” Blockchain apps providers should be focused on answering these questions clearly and via compelling arguments. End-users are the fuel for an app’s success, so it’s important to stay close to the network effects potential of blockchain apps.

The concept of “network effects” in the bitcoin and blockchain contexts is a misunderstood one because its inner makings are difficult to grasp accurately. As consumers, we are mostly users of these networks, and we think we understand them from the outside, but that’s not enough to judge whether network effects exist or not.

The network effect topic often comes into play when discussing bitcoin versus “other” activity in the cryptocurrency ecosystem, as observers get the illusion there are “silos,” as Vitalik Buterin aptly described, while others already declare bitcoin’s network effect supremacy based on its current currency liquidity and ongoing mining activity.

Let’s roll back judgment on network effects and start by understanding the various components of “network effect” sausage-making.

Union Square Ventures has a good definition of network effects in its post “Investment Thesis @USV,” and its criteria can be summarized as follows:

In order to properly evaluate the network effect puzzle, we need to look at the ecosystem along three key dimensions:

Buterin wrote a long post titled “On Bitcoin Maximalism, and Currency and Platform Network Effects,” where he eloquently dived into the numerous factors surrounding the network effect topic. I agree with the substance of that article, though I’m proposing a more granular inspection of network effect factors (as depicted above).

The second dimension relates to the targeted ecosystem components, and I see them comprised of:

We could place all of this in a matrix, as depicted below, and if you evaluate your favorite players and actors inside each intersecting box, you will find there are a few holes, plenty of opportunities for improvements, and a lot of works-in-progress.

But wait, there is more to the makings of network effect. You also need to count on:

Even if you evaluate bitcoin proper (because it has revealed itself the most, so far), you will find that it is ahead as a liquid cryptocurrency (though, with an undesirable volatility), has a stable consensus process, and has a developing blockchain platform environment, but its future evolution may face a few blind spots pertaining to its scalability, and it still lacks a large number of engaged/active users that depend on it, on a daily basis.

Bitcoin vs. “other” blockchains

The flip side of the bitcoin singular supremacy argument is that the bitcoin network doesn’t need to replace the Internet because the Internet already is that global network. All what bitcoin (or another cryptocurrency player) has to do is to overlay itself on the Internet with its own set of services, and to achieve network effects within those services and applications, based on their own merits. There is a strong case to be made for keeping bitcoin (or any other blockchain) as a thin platform and to not bloat it excessively — rather, let it enable a multiplicity of use cases on top of all of that.

Let’s hope we don’t create an Android versus iOS situation, where the chasm between operating systems, apps, and app stores became the mobile industry’s Achilles’ heel. With crypocurrency-based developments, if we stay within the silos, we might end up not with just two app stores, but with at least a dozen, and that’s not very desirable. Instead, let’s keep working with a little more hegemony and a lot more goodwill to make that happen. Maybe we’ll end up like the cellular carrier industry, where you can pick your carrier, plans, and phones with a reasonable degree of independence, while being assured that all calls will get properly routed.

Imagine that if you used a certain browser, you would only have partial access to the Internet. That would be awful.

While bitcoin’s real network effect may continue to get better, that doesn’t mean we can’t have network effects in other blockchain platforms. We need to think of the “Ecosystem” with a capital “E”, not a lower-case “e.”

There are developers who are writing their app services to be blockchain-agnostic in the future. Let’s not see the multiplicity of work around blockchains and related technologies as as distraction or fragmentation. Rather, we should see it as a multiplicity of innovation and experimentation, and we should celebrate it and support it. Of course, I don’t expect all current players to survive; as in typical start-up fashion, many won’t or might get acquired, but even in failures we will learn.

It is too early to tell exactly where the cryptocurrency landscape will end up. Maybe it will be like social media, with four giant platforms, dozens of large players, thousands of other companies as beneficiaries, and of course, millions if not billions of end-users. And that would be a good thing.

We’ll be delving into more bitcoin and blockchain technology topics at our upcoming Bitcoin & the Blockchain Radar Summit January 27, 2015, in San Francisco. Visit our event website for more on the program and for registration information.