What experts do: Curse of the intermediate

A framework for what separates those whose skills continue to build and those who stall out no matter how much they try. 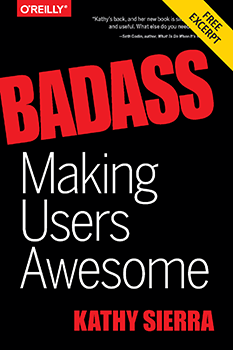 We all know the Curse of Expertise — that thing that makes most experts awful at imagining what it’s like to be a novice. The Curse of Expertise makes tech editors weep and readers seethe. “Where’s the empathy?!” we say, as if the expert had a conscious choice. But they mostly don’t. The Curse of Expertise is not a problem for which MOAR EMPATHY is the solution. Experts don’t lack empathy; they lack the security clearance to the part of their brain where their cognitive biases live. Subconscious cognitive biases. And those biases don’t just make us (experts) fail at predicting the struggle of novices, they can also make us less likely to see novel solutions to well-worn problems.

But given a choice to suddenly be an expert or a novice, we’d pick Curse of the Sucks-To-Be-Me Expert over Curse of the I-Suck-At-This Novice. There’s a third curse, though. The mastery curve is, of course, not binary, but a continuum from first-time to Jiro-Dreams-Of-Sushi. And there in the middle? The Curse of the Intermediate. The Curse of the Intermediate is the worst because it’s the place where hopes and dreams of expertise go to die. The place where even the most patient practicer eventually believes they just don’t have what it takes. END_OF_DOCUMENT_TOKEN_TO_BE_REPLACED