Developer Week in Review: The new iPad and the big meh

It's iPad evolution rather than revolution, increasing patent penalties for Android, and Raspberry Pi is served.

The wacky climatology continues here in New England. We got half a foot of snow last week and it’s 65 degrees today. Combine that with the unseasonable tornados Friday in the Midwest and South, and the icebox Europe has been suffering under, and you want to quote Bill Murray from “Ghostbusters”: “Human sacrifice, dogs and cats living together … mass hysteria!”

And speaking of mass hysteria … 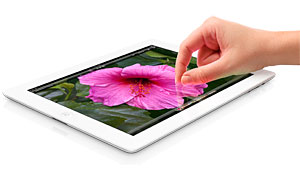 Somewhere on a sleepy little ice-covered moon in a far-off galaxy, 12-eyed alien sloths watched the live-blogging of the Apple iPad reveal yesterday, so over-hyped are Apple’s product announcements these days. The big surprise this time was that, well, there were no big surprises. A combination of leaks from companies in Apple’s supply chain and good guesswork meant that we’ve known for days what was likely to be announced, and the rumors were pretty much on the money. A 4-core iPad with 2x display resolution and a better camera, on LTE, and an upgraded Apple TV unit. It seems that the days are gone when Apple’s master pitchmen can pull something genuinely novel out of the hat with no advanced warning. I can remember the stunned applause when the iPhone was first unveiled. The “new” iPad’s announcement was more like “yeah, OK, cool.”

That having been said, the new iPad is going to blur the laptop/tablet lines even further, as a combination of more processor power and a higher resolution display are letting more and more advanced applications make the transition to a tablet form factor. For developers, this is going to mean abandoning the mouse and keyboard as the primary way of doing things in user interface design, even for products that traditionally were thought of as “desktop applications” (such as CAD).

And yes, for the record, I bought a 64GB LTE model (black). If you’re looking to trade in your old iPad, Amazon seems to be giving the best offers at the moment for used ones.

Steve Jobs famously vowed that he’d destroy the Android, but recent reports indicate that Apple has decided it would rather make profits, not war. Apple is reportedly offering to back off patent litigation against handset vendors in return for a $15/unit license fee. If you combine that with Microsoft’s $10/unit fee, that means that $25 of every Android sold is going to companies that directly compete against the platform.

What a great business model! Buy our product, or don’t buy it, but either way we’ll make money on the deal. Mind you, I’m sure Apple and Microsoft clear more than $25 and $10 respectively in profit off each iPhone and Windows phone they sell, so they’d still rather you buy one of theirs. Still, if you can’t beat ’em, tax ’em! 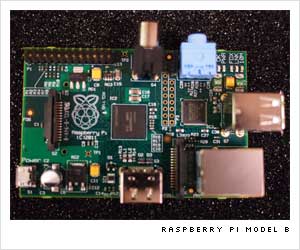 The Raspberry Pi is finally here and shipping. Not surprisingly, the $35 single-board Linux computer immediately sold out. However, there’s evidently a robust supply chain in place because I was able to purchase a unit for delivery in just a few weeks.

For my money, the big loser in all this is going to be the Arduino, which is cute but underpowered and hard to develop for. Given the Pi is cheaper than most Arduinos and offers networking, HDMI and USB, plus an easier-to-use Linux OS, I can see a lot of developers deciding to drop Arduino in favor of it. It will run happily on 4AA batteries and has GPIO ports available, so you could even use it in your favorite autonomous flying vehicle autopilot application if you wanted.