Business models and sustainability will drive success in the health games space. 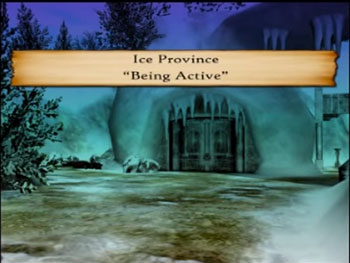 SPARX, a behavioral therapy game for youths,
combines a fantasy setting with skills for life.

For the past several years, researchers have strived to create compelling games that improve behavior, reduce stress, or teach healthy responses to difficult life situations. Such healthy games tend to arise in research settings because of the need to demonstrate clinically that the games are effective. I have covered such efforts in my postings from the Games for Health conference in 2012 and 2013.

These efforts have born fruit, and clinical trials have shown the value of many such games. Ben Sawyer, who founded the Games for Health conference more than 10 years ago, is watching all the pieces fall into place for the widespread adoption of games. Business plans, platforms, and the general environment for the acceptance of games (and other health-related apps) are coming together.

The recent announcement of Apple’s HealthKit, quickly followed by Google’s re-entry into the health space, and several other initiatives (Box also claims to offer a personal health record, for instance) promise to offer quasi-standard platforms that take a lot of the burden off of game and other app developers.

These platforms will define the data available to the users (and ultimately their doctors) regarding fitness, vital signs, and other health-related data. They also will provide storage and APIs for reading and writing data. In short, many logistical headaches that had to be handled previously by the app developer will turn into givens. Although the interfaces and (hopefully) easy-to-use apps will be the visible side of the new systems, they’ll have an equally important role as “data platforms” that can unify each person’s health information and keep it consistent. If the platforms take off, app developers will be able to focus on the central health-related functions provided by the app, the user experience, and adding value.

Of course, questions remain about the new ventures announced by Apple, Google, and others: will they evade whatever barriers — whether public indifference, doctors’ resistance to patient-generated data, or closed electronic health records — that killed Google Health and still hold back use of Microsoft Health Vault? Will the providers of the new patient records trap data in their own systems, just adding new silos to the tiresome collection already in existence? Will patients entrust their data to the new repositories? Will device and app developers use the services? Can the business models of device and app developers thrive on the new platforms?

If the platforms are well-designed and open, they could make a crucial difference. Together with changes in government payments and insurers, which are increasingly expecting doctors to show results and not just charge for each procedure or visit, the platforms could cause games to flower and be embraced by players, doctors, and insurers.

The big question at Games for Health this year was how to create a sustainable, funded game — how to move from a research project to a successful company. The question was addressed in many of the sessions and came up repeatedly in break-out groups. Sawyer said that he encouraged this focus on making games practical, and set aside the first day of the conference (the Wednesday workshops) for all the issues that used to dominate Games for Health: research, the design of games, etc.

All app developers should look at Sesame Street’s research because they are effectively training the next generation of computer users.I got a chance to attend one day of this conference. At a break-out session on games for youth, it turned out that nearly all games were still funded by grants. The goal of the developers, of course, was to move beyond grants and into building businesses, but this requires a full set of business skills that usually calls for a different kind of management.

There are other challenges for games as well. For instance, a lot of games seem to hold promise to ameliorate mental health problems without resorting to medications. Still, attendees reported that they have trouble reaching young people, pointing out that they tend to deny their problems, fail to surface their feelings, and refuse to identify with the issues that games address. Interestingly, games provide a sly route to engaging youth when more direct appeals fail. Games can provide metaphorical situations where the gamers can willingly engage with fantasy representations of the issues that bedevil them in real life.

I heard an interesting keynote by a group from Sesame Street engaged in developing games for health. They cover issues such as healthy eating that are worldwide concerns. But they are not afraid to deal with other serious problems affecting children, such as divorce, incarcerated parents, and the stresses on parents who are military veterans returning with mental and physical problems.

Sesame Street does extensive testing on their apps, both before deployment (formation research) and after deployment (summative research). They use all the capabilities of digital media for research: tracking how many people use a game and how long they’re engaged, employing A/B testing on interface elements, matching content to the user’s location, etc.

It occurred to me that all app developers should look at Sesame Street’s research because they are effectively training the next generation of computer users how to interact with computer systems. What they find effective for the four- or five-year-olds who use their apps will be what these users expect from all apps as they grow into adults.

It was also nice to hear from the Centers for Disease Control, who reported on recent apps and challenges. Their 2013 Game Jam was the largest Game Jam ever held in the US, drawing more than 300 participants. By the end of the Game Jam, more than half the participants declared their interest in working on public health issues.

We all love games. Whether we love health- and behavior-changing games depends on many things beyond their quality, including buy-in by doctors and payers, proven effectiveness, and integration with health records and treatment plans. The next year will be a very interesting one to watch. Will the compelling research results, the boost given by new health platforms, the growing sophistication of health game developers, and the change in incentives promised by insurers bring games for health into the mainstream?