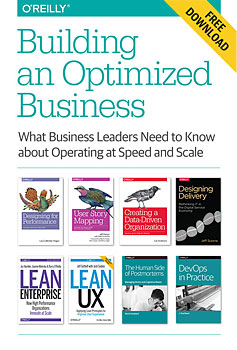 This mindset has interesting implications when observed in a technology department in the throes of its own transformation. Hogenson describes the complexities of fostering cultural change in a system with a large technological component using the metaphor of a garden: “The biggest job is getting the seeds planted, and the seeds for continuous delivery are planted at Nordstrom; it’s getting those seeds from people like Rob Cummings, and then it’s a small bit of top-down leadership and committed investment for the garden; then you put down some anti-weed spray to make sure there’s space for those seeds to grow, and then you just need to pay very close attention to that part of the garden for awhile, because if you forget to water it or don’t tend to the weeds, it will die very quickly.”

Hogenson also takes care to make a distinction between a “push model” and a “pull model.” Perhaps surprisingly, for all of the development work completed on Nordstrom’s continuous delivery pipeline, it’s not required that application teams use it. Hogenson notes that the investment in the pipeline is critically important to the company’s success, but also knows that some teams may have a “burning platform” that are a higher priority, to both themselves and the business, to get addressed first. “The things that die are the things you try to shove down people’s throats,” Hogensen said.

“If there’s a place that doesn’t want to use it right now, that’s fine; there’s others that will and they’ll demonstrate the value. And soon enough, it’ll be organic and spread; in our culture, I can’t go ‘Well, this is the right idea, so you know all that stuff I tell you about ownership and empowerment, well, that doesn’t apply to you because I don’t agree with you.'” But, creating a “safe space” to cultivate these new ideas and give them some time to become fully formed — this garden, as Hogenson calls it — is critically important to moving the organization forward, and doing so in a way that meshes with the culture the organization professes to believe in.

An issue that many organizations struggle with is how to sell it to the business, and Hogenson notes that Nordstrom isn’t any different. But it’s a problem that he’s keenly aware of, and his solution has been to help cultivate another skill in his staff: speaking adeptly to “the business”: “What I try to do is really listen and then coach my staff on how to speak to the topic so our business can understand. We sell shoes, and so Rob’s gotta articulate in a way that’s going to connect those dots, from continuous delivery to shoes, for us.” Hogenson notes that both [operations engineer Rob] Cummings and [Website Engineering team member Courtney] Kissler’s teams have succeeded at this task: “Our CFO continues to pour money into our technology investments, because our teams have shown they have the credibility to deliver, and because the return on investment is great,” Hogenson said. “That has made future conversations a lot easier, too; when done correctly with the right culture, it’s a virtuous cycle. Tending that garden early on is paying off.”

Nordstrom’s deliberate treatment of its corporate culture and self-awareness around how it permeates the decisions it makes and how it affects its various different teams is a component of their success in delivering the right technology to serve its customers. “Continuous Delivery and DevOps, as ‘movements’, will come and go,” Hogenson explains. “What remains? Culture. That’s the thing that enables you to realize when it’s time to adopt something new and and when it’s time to move on.” Hogensen is surprisingly frank about Nordstrom’s odometer reading on the journey: just a few years into a conscious reforming of how its technology teams mesh with themselves and the larger business, he estimates that Nordstrom is only halfway through working to address the discoveries they’re unearthing while tilling that garden.

But the process, even though it dirties your hands, Hogenson says, is what makes the other stuff possible: “If you don’t pay attention to culture, everything is really hard to do. But if you do, everything else works.”

Editor’s note: If your company is embarking on a DevOps journey and you’d like a clear, high level overview of the tools and culture surrounding DevOps, check out J. Paul Reed’s session titled “Our CxO said we’re doing DevOps: Now what?” at Velocity in Santa Clara, CA on May 27, 2015.