The state of augmented reality

A look at AR today and how we need to design it for tomorrow.

Attend O’Reilly’s Solid Conference, June 23–25, in San Francisco. Solid is our conference exploring how the collision of software and hardware is fueling the creation of a software-enhanced, networked physical world. Helen Papagiannis will speak at Solid on June 24. 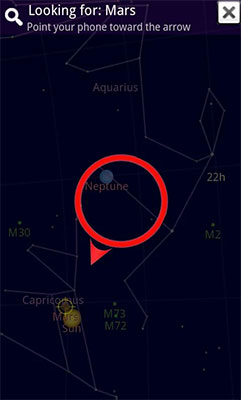 Unlike virtual reality (VR), augmented reality (AR) provides a gateway to a new dimension without the need to leave our physical world behind. We still see the real world around us in AR, whereas in VR, the real world is completely blocked out and replaced by a new world that immerses the user in a computer generated environment.

The most common definition of AR to date is a digital overlay on top of the real world, consisting of computer graphics, text, video, and audio, which is interactive in real time. This is experienced through a smartphone, tablet, computer, or AR eyewear equipped with software and a camera. Examples of AR today include the translation of signs or menus into the language of your choice, pointing at and identifying stars and planets in the night sky, and delving deeper into a museum exhibit with an interactive AR guide. AR presents the opportunity to better understand and experience our world in unprecedented ways.

AR is rapidly gaining momentum (and extreme amounts of funding) with great advances and opportunities in science, design, and business. It is not often that a whole new communications medium is introduced to the world. AR will have a profound effect on the way we live, work, and play. Now is the time to imagine, design, and build our virtual future.

Working with AR for a decade as a Ph.D. researcher, designer, and technology evangelist, I’ve watched AR evolve in regard to both technology (software and hardware) and experience design. An AR experience is commonly triggered by tracking something in the physical environment that activates the AR content. Images, GPS locations, and the human body and face are all things that can be tracked to initiate an AR experience, with more complex things like emotion and voice expanding this list. We are seeing a rise in AR hardware, with a particular emphasis on digital eyewear that includes gesture interaction from companies like Magic Leap and Microsoft with the recently announced HoloLens headset.

We are at a moment where we are also seeing a shift from AR as a layer on top of reality to a more immersive contextual experience that combines things like wearable computing, machine learning, and the Internet of Things (IoT). We are moving beyond an experience of holding up our smartphones and seeing three-dimensional animations like dinosaurs appear to examples of assistive technology that help the blind to see and navigate their surroundings. AR is life changing, and there is extreme potential here to design experiences that surpass gimmickry and have a positive effect on humanity.

MIT Media Lab founder Nicholas Negroponte said, “Computing is not about computers anymore. It is about living.” AR, too, is no longer about technology; it’s about defining how we want to live in the real world with this new technology and how we will design experiences that are meaningful and help advance humanity. There is an immediate need for storytellers and designers of all types to aid in defining AR’s trajectory. The technology exists, now it’s about authoring compelling content and applying meaningful experiences in this new medium.

It’s critical that we are asking these big questions now, at a time when AR is still largely undefined. I’m excited to be able to initiate and have these conversations across disciplines. I hope you’ll join me at O’Reilly’s Solid Conference 2015 in San Francisco June 23-25, where I’ll talk about the new opportunities this technological shift represents, highlighting and expanding on significant moments, inventions, and concepts. I’ll also be speaking at the annual Augmented World Expo 2015 in Silicon Valley June 8-10, where this year’s theme is “Superpowers to the People.”

For me, it’s about maintaining our humanness in a sea of limitless options within this new medium. We must think critically about how we will place human experience at the center. It’s not about being lost in our devices; it’s about technology receding into the background so that we can engage in human moments.

An article in Forbes by John Hagel and John Seely Brown looked at how IoT can help to enhance human relationships. Hagel and Brown described a scenario (that can be powered with current technology) of “data-augmented human assistance,” where a primary care physician wearing digital eyewear interacts with a patient to listen attentively and maintain eye contact while accessing and documenting relevant data. With the process of data capture and information transfer offloaded into the background, such devices can be applied to improve human relationships. “Practitioners can use technology to get technology out of the way — to move data and information flows to the side and enable better human interaction,” wrote Hagel and Brown, noting how such examples highlight a paradox that is inherent in the IoT: “although technology aims to weave data streams without human intervention, its deeper value comes from connecting people.”

This new wave of AR that combines IoT, big data, and wearable computing also has an incredible opportunity to connect people and create meaningful experiences, whether it’s across distances or being face to face with someone. The future of these new experiences is for us to imagine and build. Reality will be augmented in never-before-seen ways. What do you want it to look like and what role will you play in defining it?