4 ways the Raspberry Pi is being used in education

Get inspired to create, teach, and learn with the Raspberry Pi.

The Raspberry Pi is a small computer that can be used for a variety of projects, and has been heralded as a great boon to education due to its flexibility and simplicity. While PcPro magazine noted in January of 2014 that Pi’s were “gathering dust” in classrooms, production has not ceased. The usage map is pretty impressive and the Raspberry Pi 2 was recently released.

In February of this year, the Raspberry Pi Foundation announced that they’re starting a mentoring program for people 16-21 years old. Here are four other ways that the Pi is being used in education and growing the tech community. 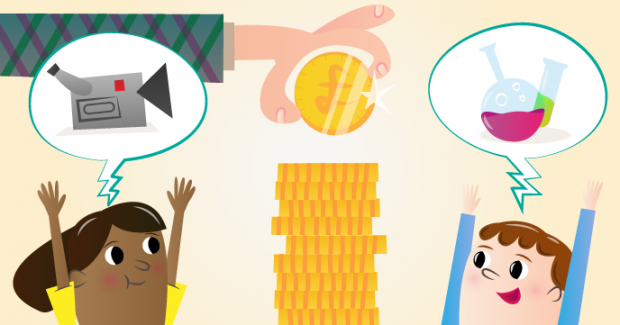 The fund was announced in April 2014. Organizations may apply if they are working to better the existing computational education for children, as well as other subjects like STEM or creative pursuits. They also accept applications focused on training for teachers. The fund has £1 million (roughly $1.5 million) to distribute amongst qualified applicants. The site describes the process:

In order to promote sustainability and wider community engagement, the fund will operate on a match funding basis, whereby the Foundation will provide up to 50% of the total projected costs. Successful applicants will have demonstrated they have the financial backing to fund the remainder of the projected costs. Co-funding may come from a variety of sources including other charitable foundations, government funding, private individuals, corporate donations or crowd-sourcing. We will only support project that are able to demonstrate a credible plan of execution and where we can adequately track and audit the use of the funds.

A 2013 Indiegogo campaign focused on increasing education in Afghanistan with Pi’s had all donations up to $10,000 matched by the Fund. Naturebytes, a company that strives to connect people to nature with the use of technology, is also a recipient. Through its match-funding strategy, the Fund finds groups that are dedicated to their cause and helps them reach their goals.

One struggle that has been noted in the education field has been the students knowing more about computing than their teachers do. Teaching is a hard job, with long hours—where to find time to get up to speed on the latest technologies? An interview with the Pi Education team illustrates this well—noting that it’s not just a matter of saying, “here, teach this” or even just a matter of expanding budgets.

Picademy aims to help this — teachers can apply through their website, and 24 are accepted. The two days of instruction are free and held in the company’s Cambridge headquarters. While there, they focus on using Raspberry Pi in the classroom, and assume no prior knowledge. The site also has a 6 minute video covering the highlights of 2014’s event.

Make something with the Raspberry Pi

If you’d like to practice on your Pi and need some project ideas, head to the Make page where you’ll find 22 projects, ranging from an infrared bird box to a grandpa scarer.

Maybe you want the basics to start learning Mathematica, or are a Visual Basic programmer moving to Python. The learning site has these projects, along with 11 others.

Often, people don’t know where to start when they’re learning something new, and they’re loathe to pay for something they’re not even sure they’ll like. This gives the education space some free ways to dip your toe in, which could help to ensure that more people end up making the full dive.

Carrie Anne Philbin heads up the Raspberry Pi Foundation’s education team. Even before that, though, she started her youtube tutorials. We all know that male/female ratios in tech aren’t great, but outreach efforts like Carrie’s can help that. Using plain language, and easy accessibility, she’s reaching out and growing the community.

Of course, the Raspberry Pi will not appeal to anyone, like any technology. But it appears to be making serious in-roads, with over five million units being sold since 2012. If you’re interested in learning more about the Pi, see if you can find a Jam event near you.

Editor’s note: get a detailed overview of how the Python community supports educational outreach in Nicholas Tollervey’s Python in Education.

This post is part of our ongoing exploration into the integration of open source culture and code.