Same-day delivery could be the Holy Grail for Amazon, kiss of death for physical retailers 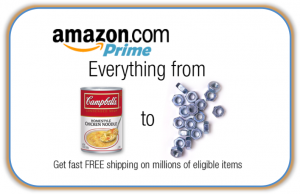 Farhad Manjoo at Slate took a look this week at Amazon’s change of heart in its tax war with US states and what it might mean. Manjoo notes the company dropped its sales tax fight with California last fall and began signing tax agreements with many states, including California, New Jersey, Indiana and Nevada.

Looking at an investigative series the Financial Times is conducting on Amazon (subscription only), Manjoo reports that this move plays into Amazon’s new game strategy: to set up distributions centers all over the country in order to achieve same-day delivery speeds in as many locations as possible. Manjoo says the implications of this for brick-and-mortar retailers are hard to overstate:

“Same-day delivery has long been the holy grail of Internet retailers, something that dozens of startups have tried and failed to accomplish. (Remember Kozmo.com?) But Amazon is investing billions to make next-day delivery standard, and same-day delivery an option for lots of customers. If it can pull that off, the company will permanently alter how we shop. To put it more bluntly: Physical retailers will be hosed.”

Christopher Matthews at Time Business took a look at the Amazon situation as part of a series on the future of retail. He cites analyst Aaron Kessler’s estimation that “e-commerce represents roughly 12% of retail sales overall and that that figure could double in the next 10 years,” and he notes that Amazon isn’t just growing along with the market: “It’s actually gaining market share in that category — by growing at three times the rate of e-commerce overall.” Matthews addresses Manjoo’s piece at Slate as well, and doesn’t necessarily agree that brick-and-mortar retailers will be “hosed.” Matthews argues that Amazon is strong, but competition is fierce:

“Indeed, traditional retailers do not see their obsolescence as inevitable and are doing all they can to leverage their main strength: their brick-and-mortar stores. And there is reason to believe that many will have success with this strategy. Consumers still want the social experience of in-store shopping. They want knowledgeable and attentive service, and they want to test, touch and try on products before they buy them.”

Both posts are well worth the read: You can find Manjoo’s piece here and Matthews’ piece here.

Though some predict Amazon and e-commerce will wipe out brick-and-mortar retailing, JC Penney CEO Ron Johnson is certain this will not come to pass. During an interview with CNN Money’s Miguel Helft at Fortune’s Brainstorm Tech conference this week, Johnson defended the position of the physical store. Helft reports: “[Johnson] said he is bullish on physical retailing, and predicted that online retailing, just like catalog shopping a few decades ago, will eventually reach a plateau. He said different categories of retailing will level off at different points, and that ‘the physical store will have a permanent place.'”

Johnson also dropped something of a retail-strategy bomb. Helft writes:

“He announced that JC Penney had scrapped an outdated technology infrastructure and replaced it with an Oracle-based system. The new technology will allow the company to improve the in-store experience with mobile checkouts, self checkouts and tags based on RFID instead of bar codes, which would speed up purchases.”

Kim Bhasin at Business Insider highlighted tweets posted during Johnson’s talk at the Brainstorm Tech conference that indicated the mobile self-checkout system would be in place by the end of 2013. During his interview with Helft, Johnson, who formerly was the Senior Vice President of Retail Operations at Apple and pioneered Apple’s Genius Bar and retail store concepts, compared JC Penney’s situation to Apple’s renaissance. He said Apple had “much tougher years” than what JC Penney is experiencing and noted that “[t]ransformation takes time.”

PayPal announced this week that it has acquired Card.io, a startup that allows developers to scan credit card data using a smartphone camera. Hill Ferguson, PayPal’s VP of global product, wrote on the company blog that the acquisition will allow the Card.io team “to work on projects that will accelerate innovation at a scale that’s just not possible at a startup.” Hill also noted the technology will still be available to outside developers, which could point to a licensing strategy down the road, but Hill didn’t elaborate.

PayPal already had integrated Card.io’s technology into its PayPal Here product to better compete against Square, but Ryan Kim at GigaOm notes the technology opens other doors as well, allowing “PayPal to not only facilitate more payments but also potentially help with other visual scanning uses such verifying identification cards.” Kim also points out that the acquisition “keeps Card.io out of the hands of Square or other competitors.” This acquisition is PayPal’s second in the mobile payment arena, having acquired Zong last year.