If we want kids to aspire to become scientists and technologists, celebrate academic achievement like athletics and celebrity.

There are few ways to better judge a nation’s character than to look at how its children are educated. What values do their parents, teachers and mentors demonstrate? What accomplishments are celebrated? In a world where championship sports teams are idolized and superstar athletes are feted by the media, it was gratifying to see science, students and teachers get their moment in the sun at the White House last week.

“…one of the things that I’m concerned about is that, as a culture, we’re great consumers of technology, but we’re not always properly respecting the people who are in the labs and behind the scenes creating the stuff that we now take for granted,” said President Barack Obama, “and we’ve got to give the millions of Americans who work in science and technology not only the kind of respect they deserve but also new ways to engage young people.”

An increasingly fierce global competition for talent and natural resources has put a premium on developing scientists and engineers in the nation’s schools. (On that count, last week, the President announced a plan to promote careers in the sciences and expand federal and private-sector initiatives to encourage students to study STEM.

“America has always been about discovery, and invention, and engineering, and science and evidence,” said the President, last week. “That’s who we are. That’s in our DNA. That’s how this country became the greatest economic power in the history of the world. That’s how we’re able to provide so many contributions to people all around the world with our scientific and medical and technological discoveries.”

Unfortunately, the role models that far too much of the media hold up for young people are all too frequently pulled from the stage, screen and playing fields, as opposed to laboratories, universities and schools.

In recent years, the success of technology entrepreneurs has shifted that dynamic, but in the American academy, big time sports have been eating college life, with huge stadiums and rallies for stars and comparatively little notice given to National Merit awards or fellowship winners. When the President said in 2012 that science, technology, engineering and math (STEM) education and young people’s scientific achievements don’t belong in the back pages of newspapers, his media criticism was quietly scathing: a culture of celebrity is not geared to the more quiet, sustained achievement required to attain a graduate degree or patent, though both may have more enduring value to society than a pop album.

This is a dynamic that clearly troubles President Obama, and one that he has used the bully pulpit and the platform of the White House to drawn national attention towards over the past five years.

“If you win the NCAA championship, you come to the White House,” said the President, in 2009. “Well, if you’re a young person and you’ve produced the best experiment or design, the best hardware or software, you ought to be recognized for that achievement, too. Scientists and engineers ought to stand side by side with athletes and entertainers as role models, and here at the White House we’re going to lead by example.”

In the years since, the White House has tried to carry through on that pledge, hosting three science fairs and involving national leaders in science education, including Bill Nye,”The Science Guy,” Reading Rainbow host Levar Burton, and astrophysicist Neil deGrasse Tyson. 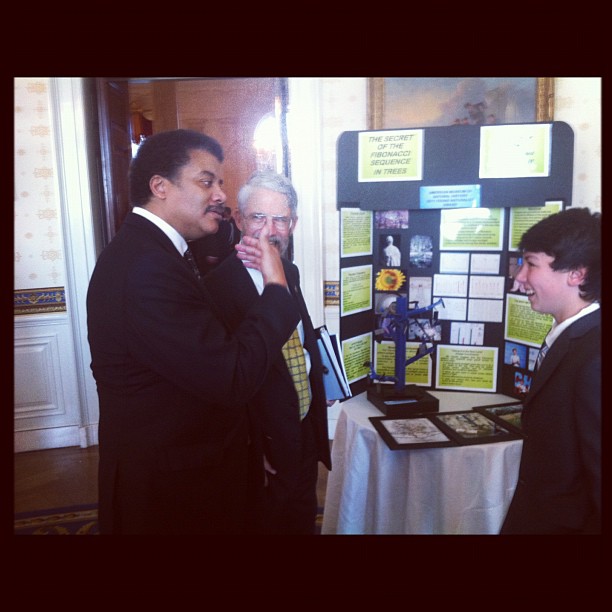 “The White House Science Fair is a way of showing everyone that science is cool,” said Tyson, the director of the Hayden Planetarium in New York City, in an interview. Engaging the public about the wonders of the universe and encouraging kids to be curious about how our world works has been a core part of his career, driven by his infectious good humor.

As Greg Ferenstein noted at TechCrunch, there were some pretty awesome inventions at the White House science fair, from mind-controlled prosthetics to improved cancer detection methodologies to a bicycle-powered water purification system. You can see a list of the White House science fair projects at WhiteHouse.gov and watch President Obama tour the exhibits on YouTube.

One of the notable components of the science fairs has been the involvement of kids from the maker movement. In the summer of 2013, the Maker Education Initiative will host a season-long Maker Party where students can learn, design and create.

“We’re a nation of tinkerers and dreamers and believers in a better tomorrow,” said President Obama at the 2012 White House Science Fair, recognizing the long-history of creative innovation in American garages, basements and barns.

Experimenting with more independent projects that let kids tinker are important but only part of a puzzle that includes parents, teachers and libraries. 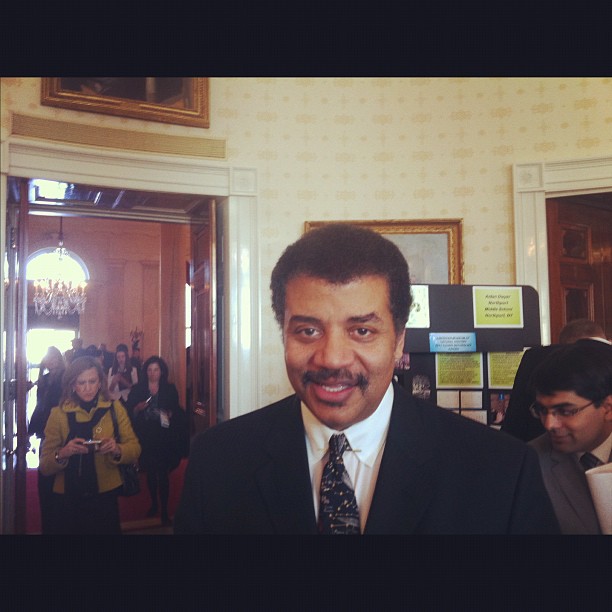 “We should be focused on getting kids ‘making’, yes, but that misses a tacit recognition that kids are by nature scientists,” said Tyson. “What we should be talking about is how to keep kids interested and get out of their way as they learn.”

For that to happen, we’ll need to encourage children to keep asking questions, teach them how to learn to answer them, and praise inquisitive students.

“Acts of curiosity are what make up acts of science,” he said. “Adult scientists are just kids who never grew up.”